Aside from attending the Grand Canao, we also managed to visit and explore the Colonial Williamsburg Park. Our hotel was just two blocks away from the park. I've always wanted to visit Colonial Williamsburg, but never had the time. I was ecstatic to finally see this place and let myself be transported back to colonial times. As the pictures will show, it's a historical park featuring 18th century culture, life, costumes, museums, and restored buildings of Virginia's colonial capital. 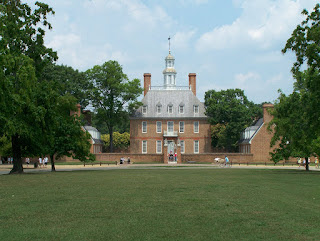 Our first stop would be the Governor's Palace, which was the residence of seven royal governors and the first two elected governors of the new sovereign state of Virginia. It is now known as the home of Lord Dunmore, the last British governor of the colony. 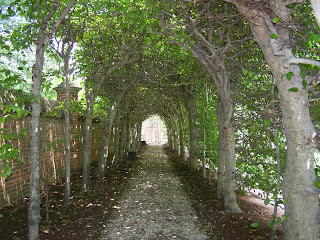 This is part of the impressive palace garden, but this arched covered pathway is my favorite. It maybe hot and sweltering outside, but it was cool and breezy inside the pathway. I thought it was the perfect place to read a book or just think. 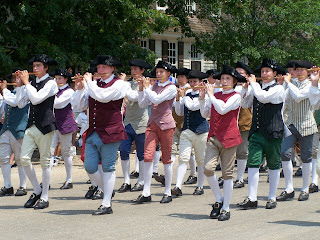 This is the band from the Revolution City. I thought they looked great in their 18th century clothes. Oh well, everyone in the park dresses this way. 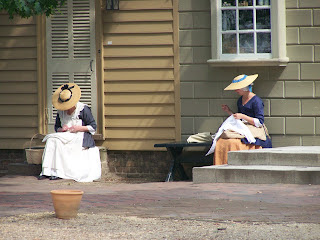 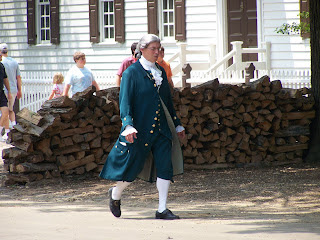 As most actors or performers in the park, every person here knows his or her craft. It's like walking back into history, and being able to converse to them about needlework, women's lives, laws, how printing was done etc. 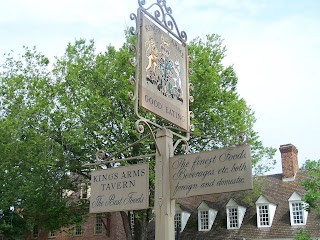 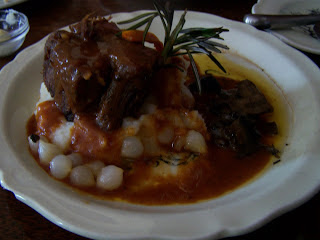 This is where Mom and I ate lunch, King's Arms Tavern. The atmosphere was elegant and service was excellent. On the menu, it says "Victuals pleasing to the palate expeditiously served in the best manner." I thought that was really cool. For starters, I had the "Peanut Soupe" (garnished with roasted peanuts and a peanut cracker) and Mom had the "King's Arms Chopped Salat" (this one came with a tasty shallot vinaigrette). For the main dish, we both had "A Made Dish of Beef" (tender beef stewed in a red wine sauce, pearl onions, carrots, mushroom, over mashed potatoes). I highly recommend all of them paired with a cool refreshing Lemonade or Iced Tea. Cheers!