I studied in Rome during my junior year in college. Rome is the perfect place to study ancient and art history. For a History major like me, it is the p-e-r-f-e-c-t place to study. Nothing beats having the city as your classroom, as a few of my class lectures took place on-site - the Roman Forum ruins, the Colosseum, and museums including the Vatican Museum. During my stay there, the weekends and holidays were spent exploring Italy and other countries in Europe. I will be sharing my photos in some of my entries, and I hope you'd look forward to them. My travel entries won't be about specifics, but about my personal experiences.

From Rome's Termini station, I took the train bound to Siena. Siena was actually the final destination, but since Pisa was on the way, I thought this was my chance to see the famous La Torre di Pisa (Tower of Pisa). Pisa is one of the places I've dreamt of seeing since I was a kid. The train was full and since I didn't reserve my seat, I had no choice but to stand until I get to Pisa (a four-hour trip). An Italian guy almost fell off the train because people were pushing and shoving. Anyway, one guy grabbed his shirt that was almost ripped open. I could still hear his buttons popping. I couldn't stop laughing after that. No worries, that Italian guy had a great sense of humor.


As you enter Piazza del Duomo (Cathedral Square), you'll be greeted by this awe-inspiring sight. It just hits you right on the face. 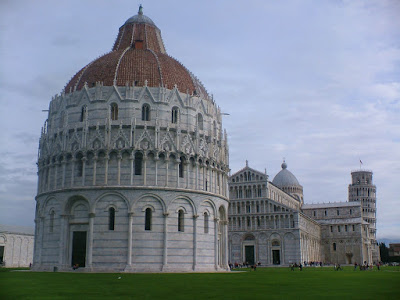 I don't think I have the right words to describe what I felt that day.
So, there it was - truly leaning. 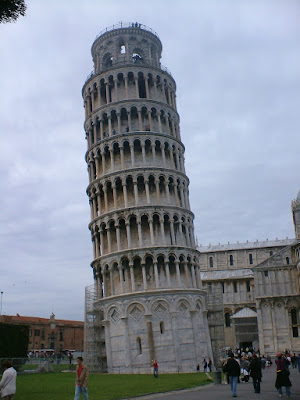 I only stayed in Pisa for about three hours, then hopped on to my train to Siena. Seeing the Leaning Tower of Pisa was short and time limited, but the happiness and experience of fulfilling my dream will stay with me forever.