on Thursday, March 05, 2009
I'm too eager to get this week behind me for several reasons. First, the snowstorm which really put a damper on my spirits; second, death in the family which made me emotional and angry (anger for reasons I can't disclosed); and, third, annoying office politics and gossip. There's this silent war between two or three coworkers, and they all end up whining in my office which makes me sort of the shock absorber for all their queries and qualms. The two, as the third doesn't complain much, are so insensitive that even if they see me busy and purposely ignoring them, they'd still sit in and keep up with the dissing and hissing each other talk. Yesterday, I was on the brink of losing it, when I apologetically told the hisser, "I'm sorry I have to do this, but you have to leave because I have a deadline to meet." He was silent at first, but then got up and left.

This morning, the hisser came back with more news. Sigh, some people just don't listen. I think my next step would be to remove the guest chairs in my office. How would you handle this?
district of columbia the office 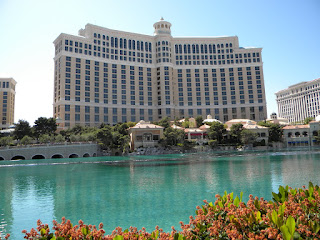 This is one of the hotels I love to visit over and over again in Vegas - the lovely Bellagio.  Apart from the dancing fountains housed on that lake (photo below), it's interior I find absolutely enchanting, elegant and impressive.  When we visited last week, we swore to stay there for our next visit.
Brilliance abounds inside our breathtaking Conservatory & Botanical Gardens. The attention to detail is astounding. The passionate display of nature in all its awe-evoking glory - quite simply, sensational! Let your imagination wander as you assume a leisurely stroll amongst rare natural finds selected distinctively for Bellagio from all over the world.Admire the essence of every season recreated with exceptionally gorgeous plants, flowers and trees thoughtfully arranged to inspire full splendor. Specially designed lighting spotlights every flower to accentuate its best features. To ensure the Conservatory & Botanical Gardens maintains magnificence 365 days a year, 140… 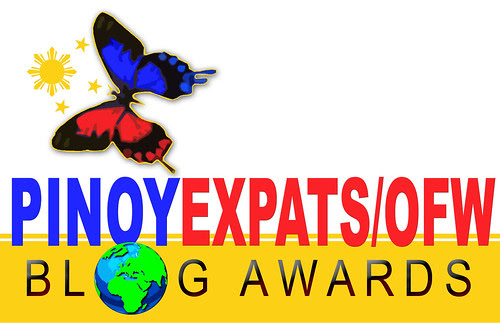 About six years ago, my sister decided to work abroad and left her three kids and husband behind to become a domestic helper in Hong Kong. I had immense fear. I feared for her safety, and I feared for her family’s situation, but my sister calmly told me, “Sacrifices have to be made for the family. I’ll be fine.” After a few months in Hong Kong, my sister and her employer got into a dispute, and this resulted in my sister filing a law suit against her employer.

As my sister bravely faced her own legal battles abroad, we, the family, were left in the dark not knowing who to turn to or ask for help. As for my sister, she was left to fend for her own in a foreign land. Desperate to find another employer, my sister asked help from her agency and other agencies who did not do anything but ask for more money for all reasons I found to be absurd and suspicious; the agencies still kept the money even after they failed finding her employment.  Truth cannot be denied that out there, there ar…

Do I Need New Friends?

After two agonizing weeks with shingles, today is a bit better.

I still feel like crap though and my skin looks like it was burnt.  My face is hideous; at least the part affected by shingles is.  My left eye is blurry and I have that itchy, sensitive feeling on my scalp.  The Ophthalmologist checked my eye on Friday, and he said everything looks great.  I have to see him again in a week.  I didn't know shingles can be so dangerous especially when it affects the eye.  Thank God for early diagnosis and timely intervention of the anti-viral drugs, it could have been worse.  I'm pissed because having shingles will postpone my May vaccinations.

Winter, icy conditions and sickness can really reel in the blues.  I've been feeling the weight of the world on my shoulders.
Lately, I've been contemplating about the lack thereof or having too few friends in the area.  I know I have many childhood and high school friends (you know who you are), but almost all of them live abroad.
…