One of the reasons why I wanted to visit Puerto Rico was because of the historical Old San Juan and to understand what the island's role in the Spanish-American War (1898). On our first day, we visited Fort San Cristobal.

This huge fortress, begun in 1634 and reengineered in the 1770's, is one of the largest ever built in the America's by Spain. Its walls rise more than 150 feet above the sea - a marvel military engineering. San Cristobal protected San Juan against attackers coming by land as a partner to El Morro (post coming soon about El Morro), to which it is linked by a half-mile of monumental walls and bastions filled with cannon-firing positions. A complex system of tunnels and dry moats connects the center of San Cristobal to its "outworks," defensive elements arranged layer after layer over 27-acre site. (John Marino, Frommer's Puerto Rico, 160) 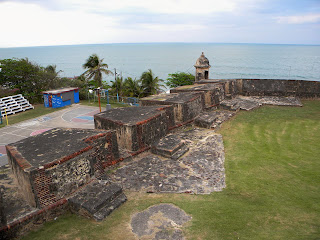 A part of history merges with the everyday life 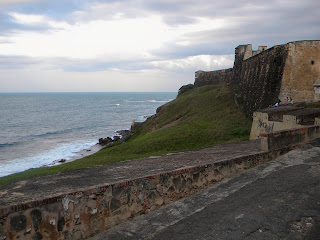 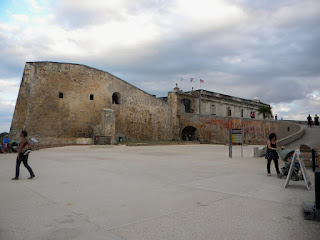 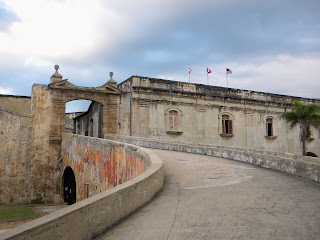 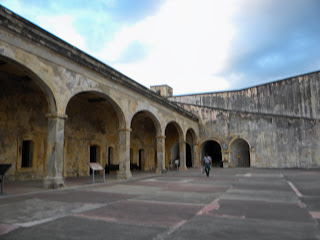 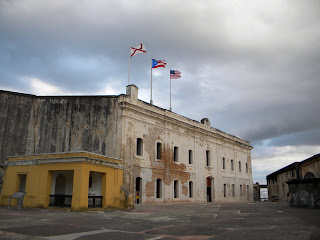 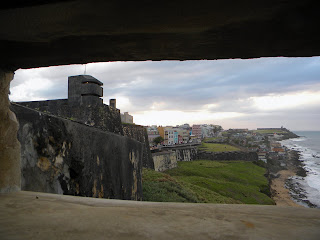 If you're a watch soldier now, this is your view inside from one of the bunkers 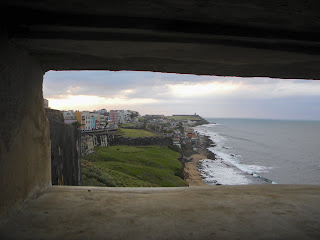 Another view from the same bunker (above) 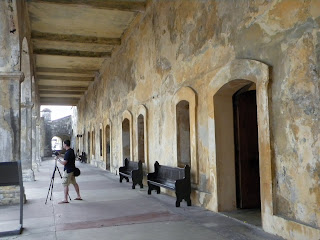 Walls that have witnessed war, history and time 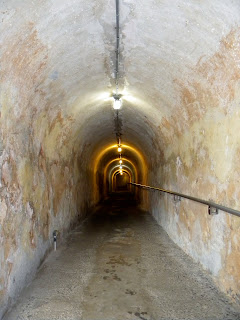 A tunnel of tunnels 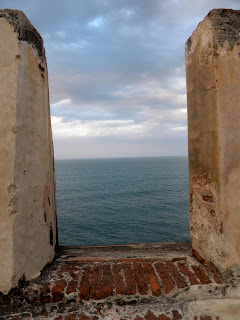 A cannon used to be here 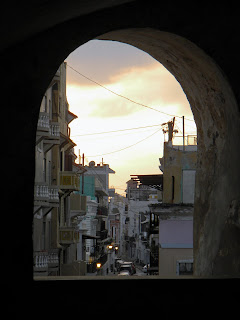 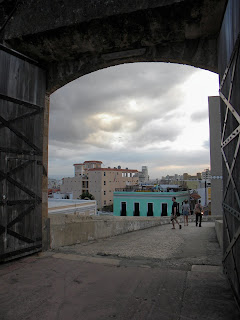 Leaving San Cristobal
Fort San Cristobal is a historian's delight. Experiencing and walking through history is one way to spend the warm, balmy afternoons in Old San Juan. Believe me, it's worth the sweat and achy feet.
In 1898 the first shots of the Spanish-American War in Puerto Rico were fired by cannons on top of San Cristobal during an artillery duel with a U.S. Navy fleet. (Marino, 160)