I think this will be the last of the Puerto Rico series for now until I return there again; I intend to. Apart from exploring the historical places in Old San Juan, we managed to book a half-day tour to El Yunque. I've been to several rainforests like the ones in Hawaii, but I thought it would still be great to experience Puerto Rico's own rainforest. You know, El Yunque did not disappoint.

"The true sub tropical 'Rain forest' occupies very little area in Puerto Rico, only a single, crescent shaped, band on the windward side of the El Yunque mountains. It lies wholly within the El Yunque National Forest Reserve. This life zone is characterized by an annual total of 3,400 mm of rain. Its' main features are the Sierra Palms and a superabundance of epiphytes..." ("Forest Legacy Proposal" by the Department of Natural Resources of the Government of Puerto Rico.) 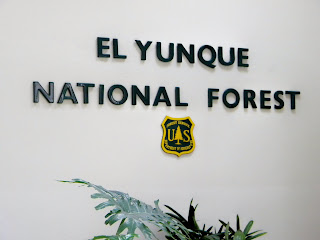 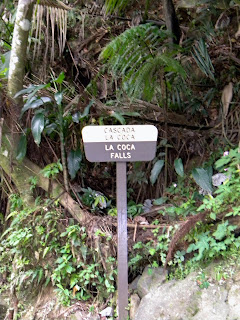 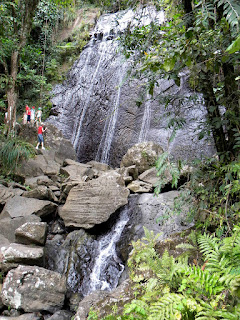 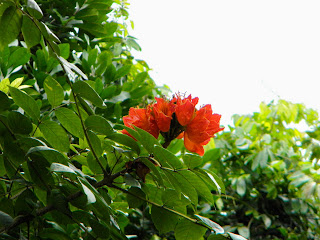 I cannot remember the name of this flower, but in the middle of those pretty petals there's a sac filled with stinky liquid. 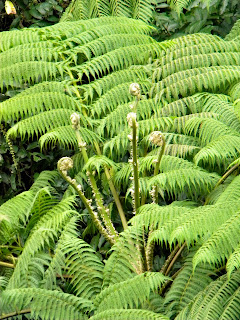 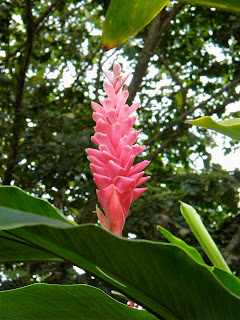 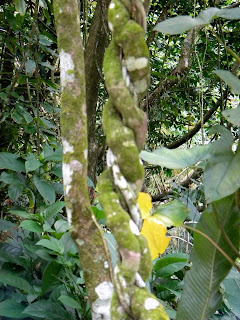 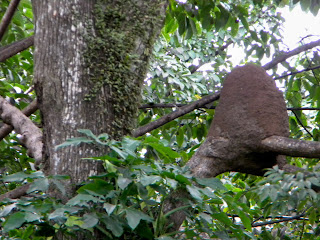 Knock on a termite's house 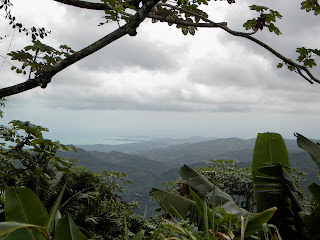 This view reminds me of the Philippines. 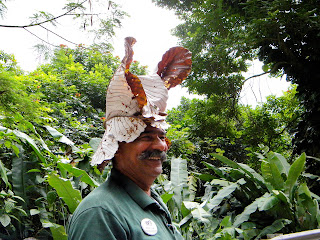 According to our funny guide, this is the Puerto Rican Mickey Mouse. 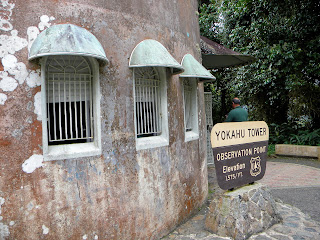 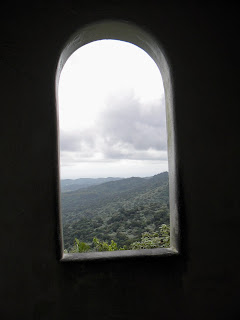 Window from the Yokahu Tower 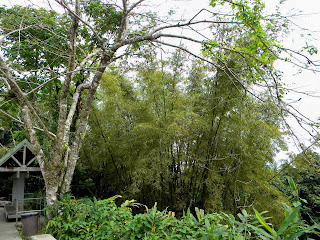 Ok, you might be asking why oh why did I take a photo of this Bamboo. Well, here's why, the Bamboo and the tall Coconut tree population planted in El Yunque are from the Philippines brought by the Spaniards in the earlier days. Isn't that amazing? 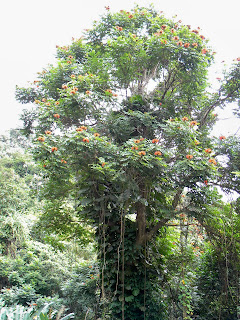 This is the tree that produces the stinky flower. 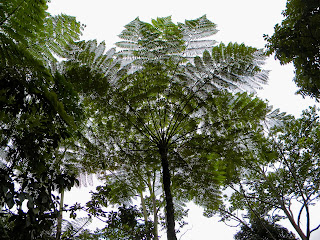 How giant is a Giant Fern?
At some point during this trip, the batteries of my camera died. I was so disappointed, but a trip to El Yunque is a must. It was a wonderful experience to learn about the Taino Indians and learn about the different species that live and thrive in the rainforest.
So until next time Puerto Rico!