It was near sunset when we reached Waimea Beach; the sun was on and off due to the hovering clouds sailing the sky. Still, Waimea was perfect and picturesque at sundown. One of the must-see beaches in the North Shore and also a favorite for surfers because sometimes the waves can go 30 ft or more during the winter months. 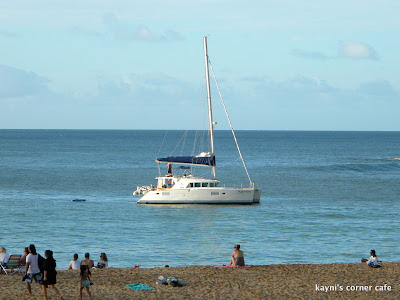 Waimea Bay is also home to the Quicksilver in Memory of Eddie Aikau surf competition. Honoring legendary Hawaiian waterman Eddie Aikau, this special contest only happens during massive swells when “The Bay calls the day.” The sport’s elite surfers are called between December and February to surf Waimea when the waves are at a minimum of 20-feet high (30-foot face heights). In the last 24 years, the call for this epic competition has only been made eight times. (Source here.) 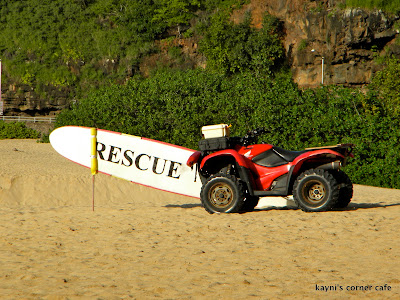 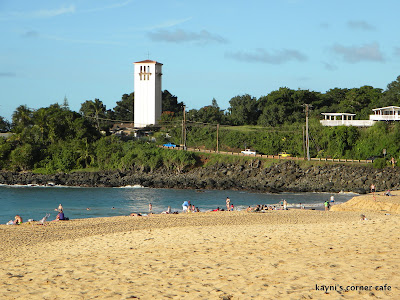 A church tower nearby. 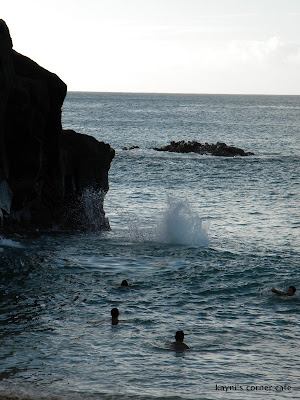 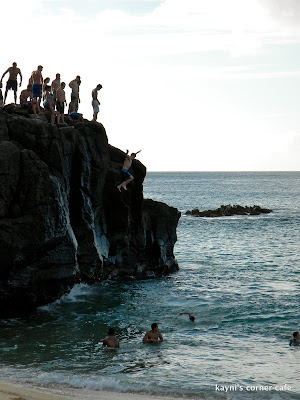 I don't recommend this but if you are brave enough - jump with caution. 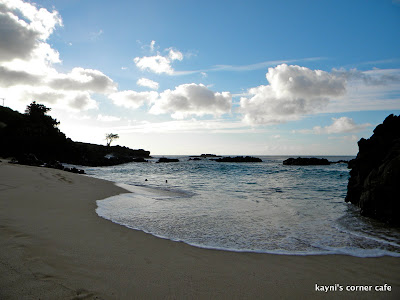 A nice place to relax and spend the afternoon. 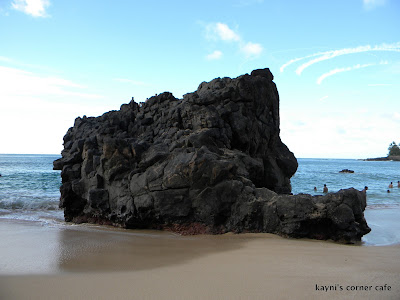 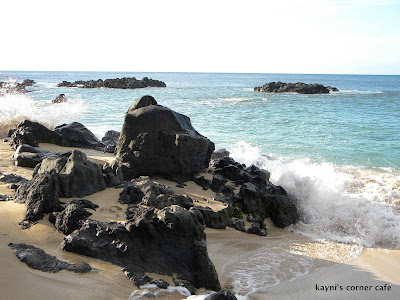 The sea visiting the shore and making a splash. 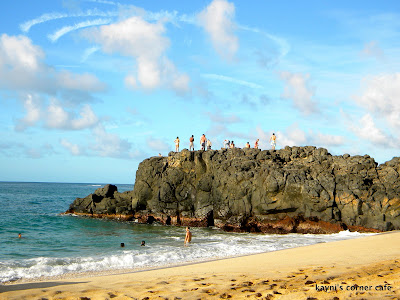 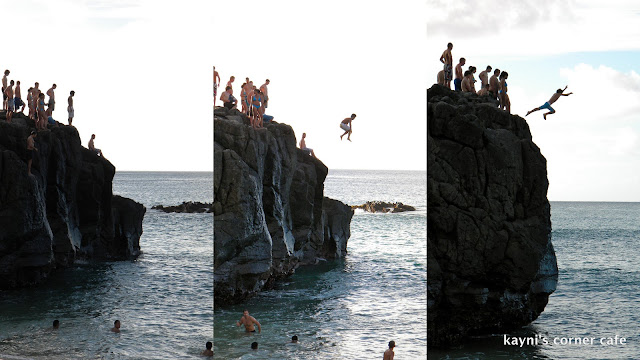