Walk with me, as we stroll through Ephesus together... 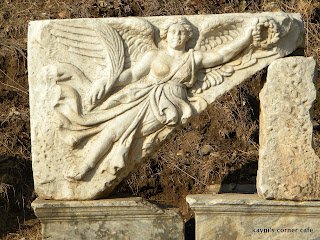 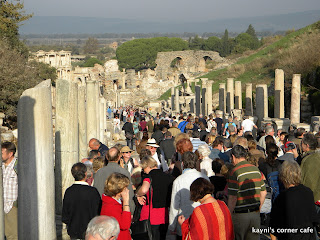 So many visitors on the day we visited. 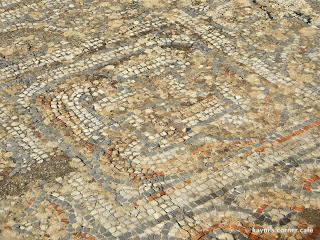 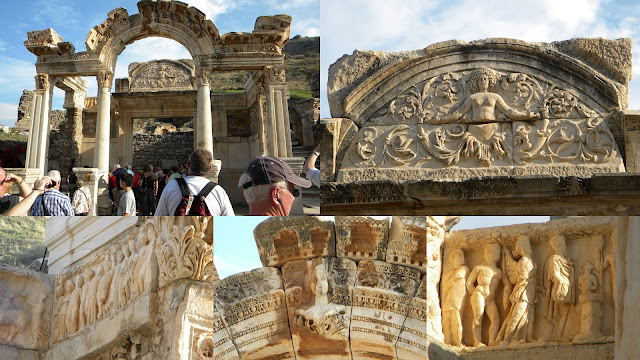 Doorway to the ancient past. 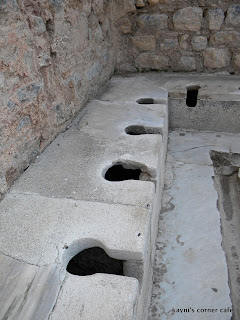 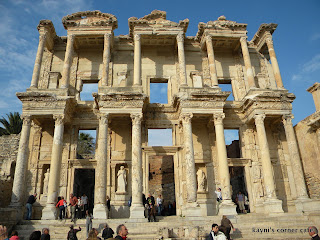 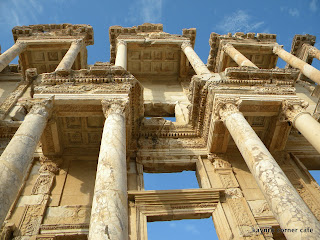 According to our guide, this was the "third richest library in ancient times after Alexandra and Pergamum." 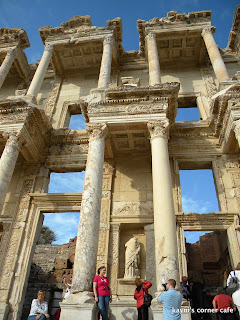 Designed by the Roman architect Vitruoya, the library was built in memory of Celsus Polemeanus, who was a Roman senator, General Governor of the Province of Asia, and a great lover of books. Celsus' son, Julius Aquila, began the construction in 110 AD. The library was completed by Julius Aquila's successors in 135 AD. Celsus was buried beneath the ground floor in a lead container inside a marble tomb. A corridor behind the north wall leads to the vault.(Source here.) 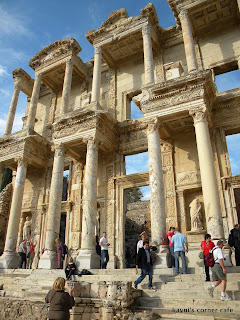 The interior of the library was burned during a Goth invasion in 262 AD, and in the 10th century, an earthquake brought down the facade. The building we see today was carefully restored by the Austrian Archaeological Institute. (Source here.) 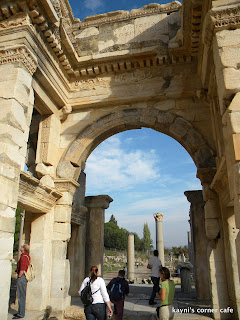 Please join me for our next stroll - the Commercial Agora.