It is through conversations with my dad that I learned about the bombing of Pearl Harbor, how the Pacific plunged into World War II, how the battle at Midway was fought, how the Filipino guerrilla movement persevered under immense pressure and more. You see, my dad was a history teacher in the Philippines, and I feel so lucky that even before I started first grade, he was telling me stories of how grandma and grandpa survived the Japanese occupation in the Philippines, how grandpa fought in Okinawa and was presumed dead until he came home three years after.

My family, my grandparents specifically, survived World War II and lived through history. I have two grandfathers, on my father's side, who fought under the Philippine guerrilla movement while my alapo (grandpa), on my mother's side, helped the escape of two American POWs imprisoned by the Japanese during the war. Now why am I talking about World War II? Because today, I'm featuring Pearl Harbor.

As the Japanese campaign, Greater East Asia Co-Prosperity Sphere, moved forward in Asia unchallenged, it was the Japanese attack on Pearl Harbor that sealed America's plunge into World War II. On December 7, 1941, Pearl Harbor burned and engulfed with smoke as the wings of death came through "353 Japanese fighters, bombers and torpedo planes in two waves." (Source here.)


"Yesterday, December 7, 1941—a date which will live in infamy—the United States of America was suddenly and deliberately attacked by naval and air forces of the Empire of Japan... No matter how long it may take us to overcome this premeditated invasion, the American people will through their righteous might win through to absolute victory... With confidence in our armed forces-with the unbounded determination of our people-we will gain the inevitable triumph-so help us God. I, therefore, ask that the Congress declare that since the dastardly and unprovoked attack by Japan on Sunday, December seventh, a state of war has existed between the United States and the Japanese Empire." (President Franklin D. Roosevelt, Dec. 8, 1941, speech asking Congress to declare war on Japan)

This is Pearl Harbor at present. 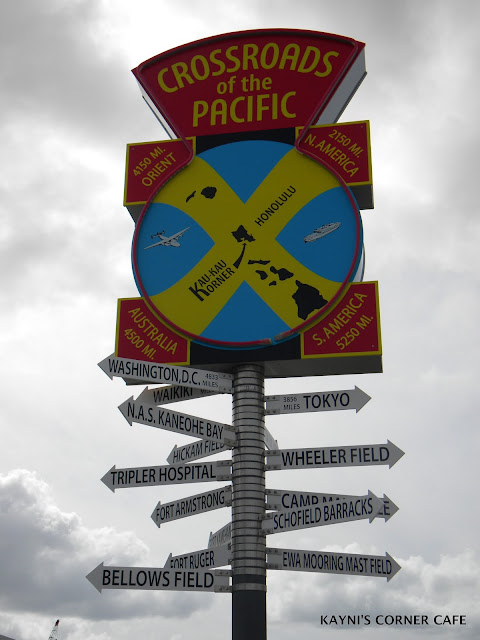 It begins here. Japan wanted to cripple the U.S. Pacific Fleet guaranteeing their success in occupying Southeast Asia. Ironically, this surprise attack guaranteed a "reaction" from the US.

"I fear all we have done is to awaken a sleeping giant and fill him with a terrible resolve." (Admiral Yamamoto) 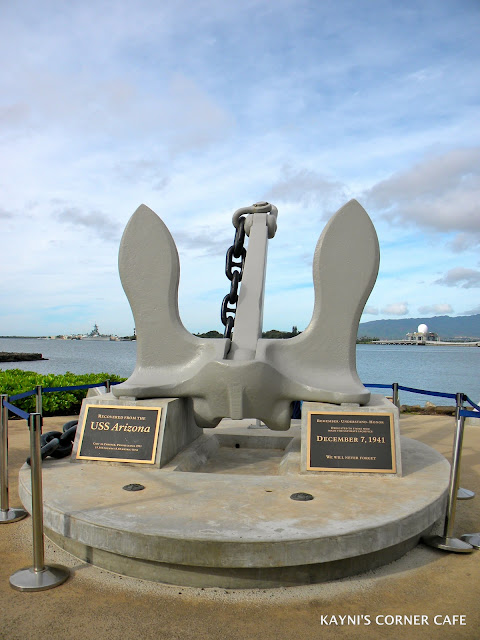 A feeling of eeriness came over me as I stood staring at USS Arizona's anchor. 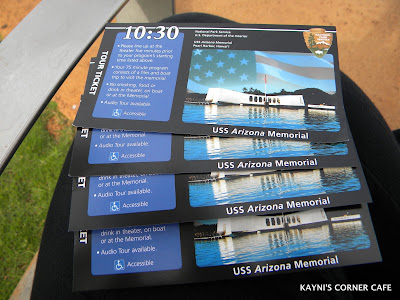 Visiting Pearl Harbor is free, but you have to obtain tour tickets in order to know what time you have to show up at the gate for the informational video. 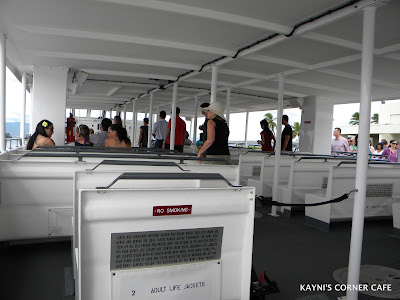 After the video, visitors will take a short boat ride to the Memorial. 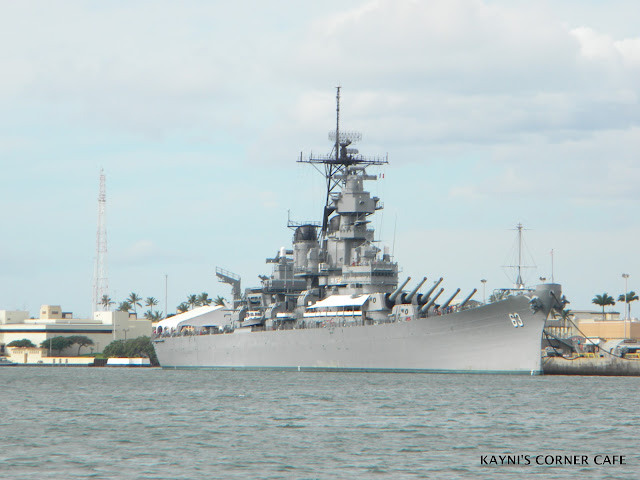 As our boat sailed to the Memorial's direction, I took a photo of Mighty Mo. I find it fitting that Mighty Mo is finally at home on the waters of the Pacific strategically beside USS Arizona. I'd like to think that Might Mo looks after the USS Arizona.


The Missouri was launched on Jan. 29, 1944, and commissioned on June 11, 1944. She was assigned to the Pacific Third Fleet and steamed into Pearl Harbor on Christmas Eve, 1944. The USS Missouri was part of the force that carried out bombing raids over Tokyo and provided firepower in the battles of Iwo Jima and Okinawa. During the war’s final month, the “Mighty Mo” served as Admiral William “Bull” Halsey’s flagship for the Pacific Third Fleet. The Missouri secured its place in history as the site of Japan’s unconditional surrender to the Allied Forces on Sept. 2, 1945, ending World War II. The ceremony for the signing of the Formal Instrument of Surrender was conducted by Supreme Allied Commander, General Douglas A. MacArthur. (Source) 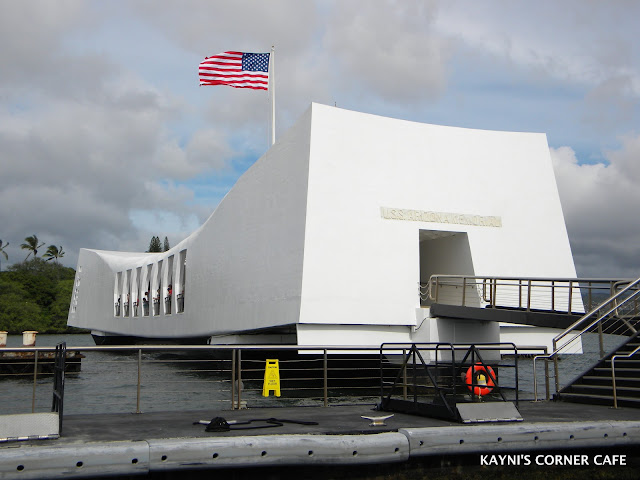 The memorial looks very simple, but succeeds to remind each visitor what happened here. 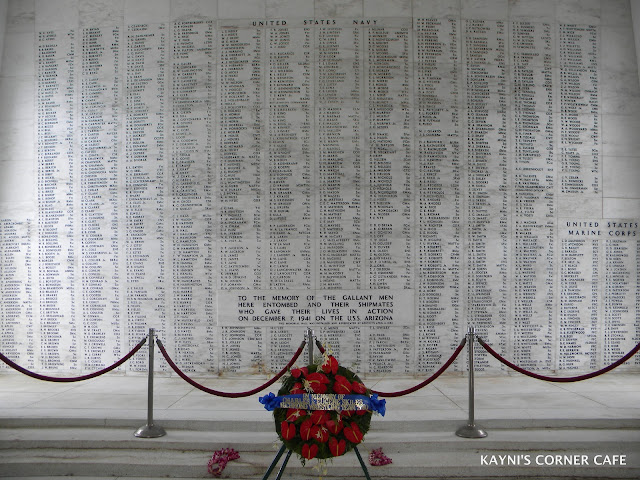 Here THEY are remembered.

"To the memory of the gallant men here entombed and their shipmates who gave their lives in action on December 7, 1941 on the U.S.S. Arizona" 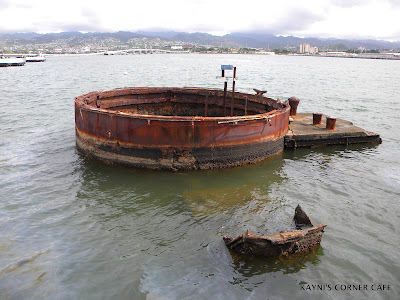 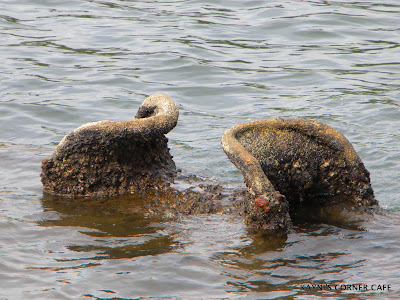 From the nps.gov website, "There were 1.4 million gallons of fuel on the USS Arizona when she sank. Over 60 years later, approximately nine quarts still surfaces from the ship each day. Some Pearl Harbor survivors have referred to the oil droplets as "Black Tears." 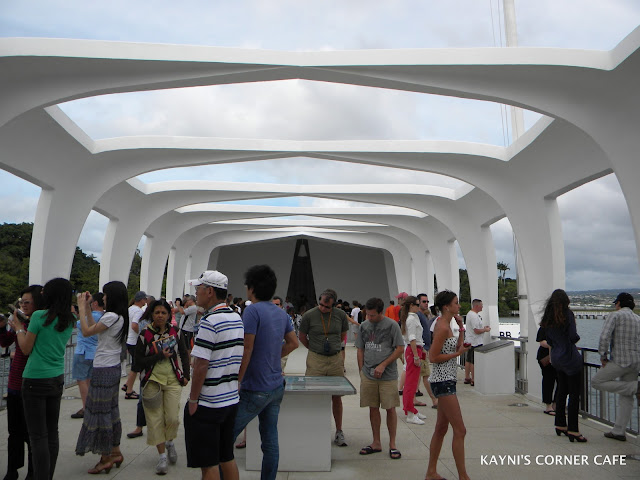 This is the memorial built on top of the sunken USS Arizona. Please remember that this is a tomb or resting place of the 1,177 crewmen who died on December 7, 1941 (Source here.), so visitors are required to observe silence and be respectful at all times. 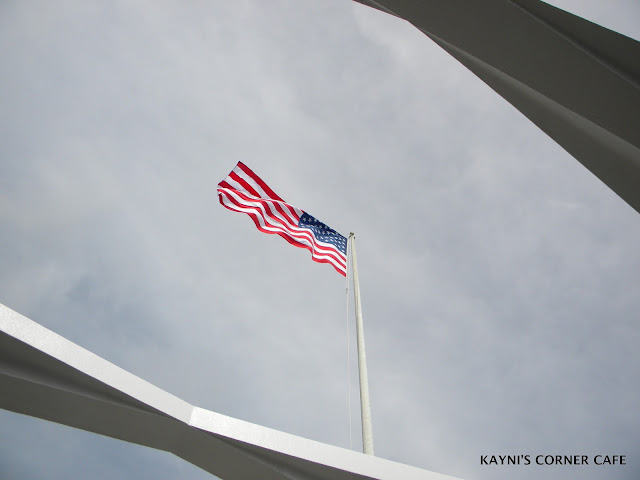 A flag flutters in silence over the memorial. 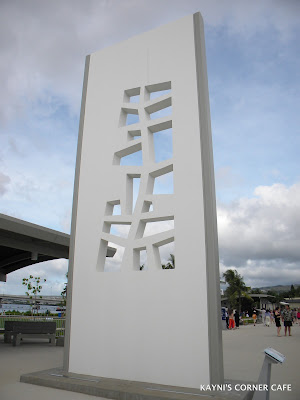 The Tree of Life. 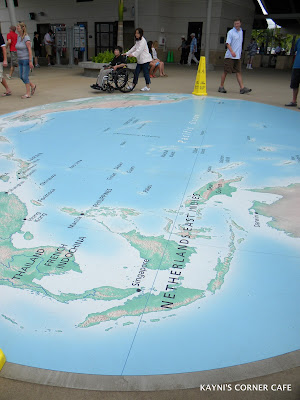 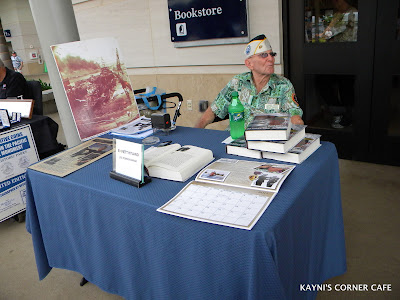