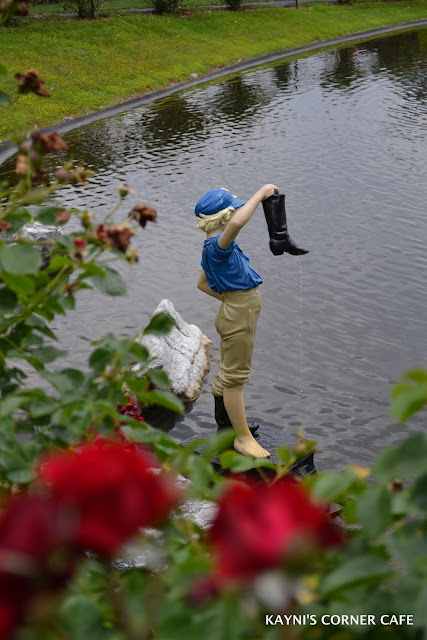 Mukhang nagtampisaw siya kaya't basa ang kanyang botas.
He looked like he played at the pond and his boots got wet. 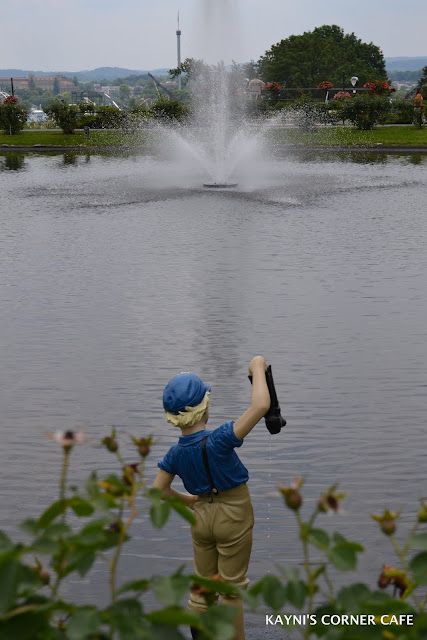 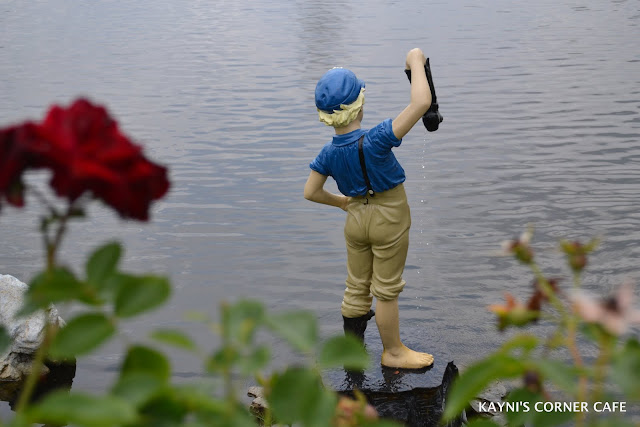 The Boy with the Leaking Boot (sometimes known as The Boy with the Leaky Boot) is a statue showing a young boy, with a bare right foot, holding up his right boot and looking at it. The statue is about four feet tall, and in many cases forms a fountain, with water emerging from the toe of the boot. The origins of the statue are obscure. The boy is reported to be a young Italian newspaper seller who drowned, or an American army drummer-boy who carried water in his leaking boot to help fallen comrades or a young fire-fighter either using his boot in a bucket chain or emptying his boot after an incident, or possibly none of these. The statue has also been called Boy Immigrant and Unfortunate Boot (Source)