Schloss Sanssouci or Sanssouci Palace was built as Friedrich the Great's (King Friedrich II) summer palace designed by architect Georg Wenzeslaus von Knobelsdorff.  The palace was named sans souci meaning "without care" which evinces the King's need to escape the pressures of royal life. The beautiful palace is located at the other end of Sanssouci Park. Built from 1763 to 1769 it is considered to be the last great Prussian baroque palace. (Source here) 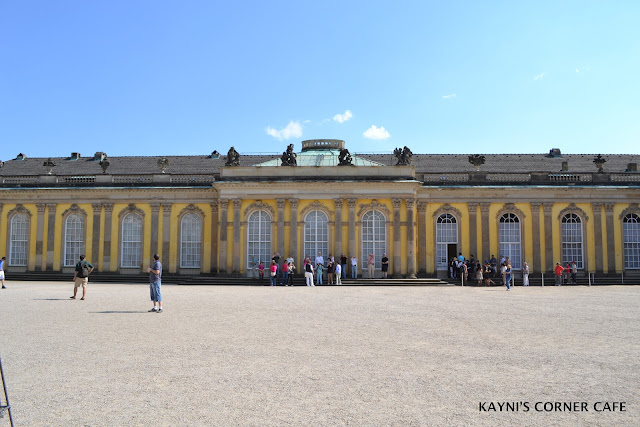 Although we didn't visit the interior of Sanssouci Palace, I really enjoyed walking around the palace grounds and gardens. 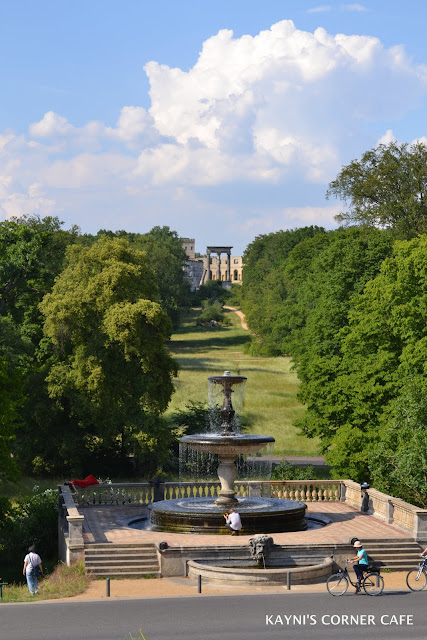 It was a hot and humid day and people were stopping at this fountain to cool off or just splash themselves with water. 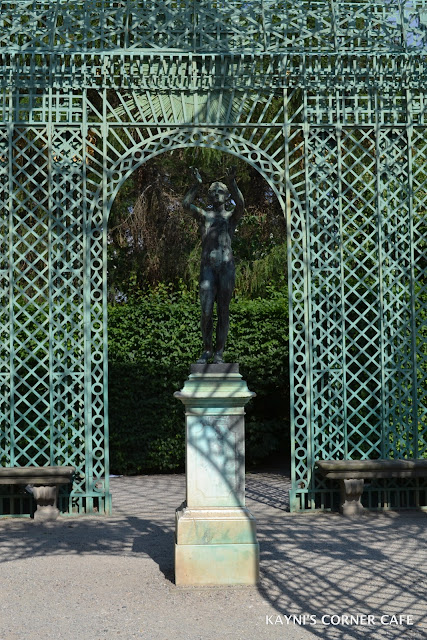 There are statues like this on the palace grounds. 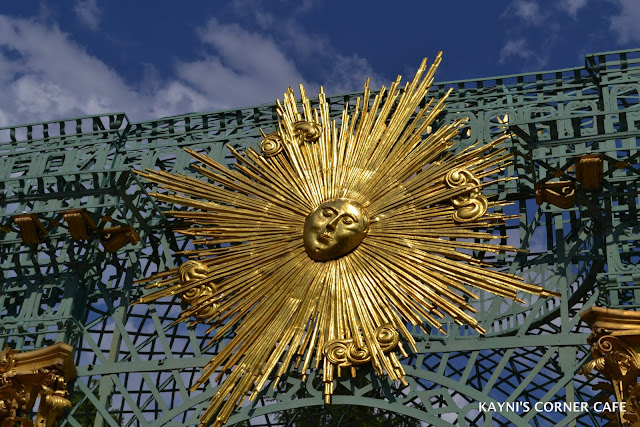 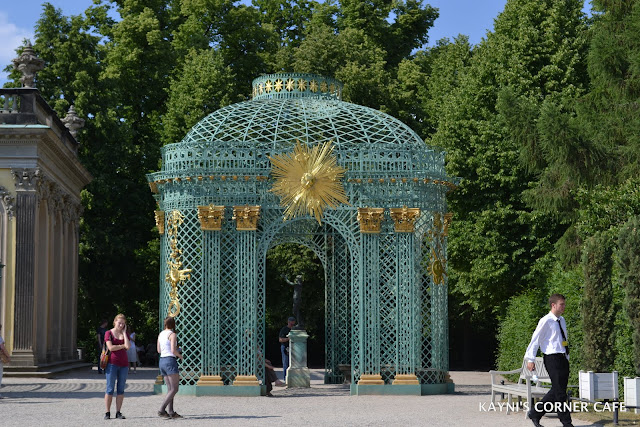 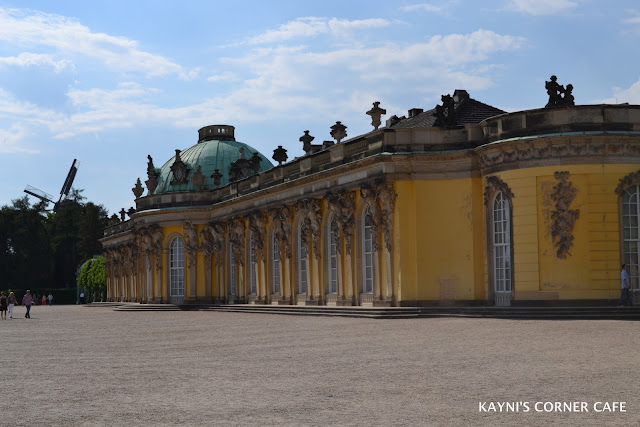 A photo of the palace with the windmill on the left. 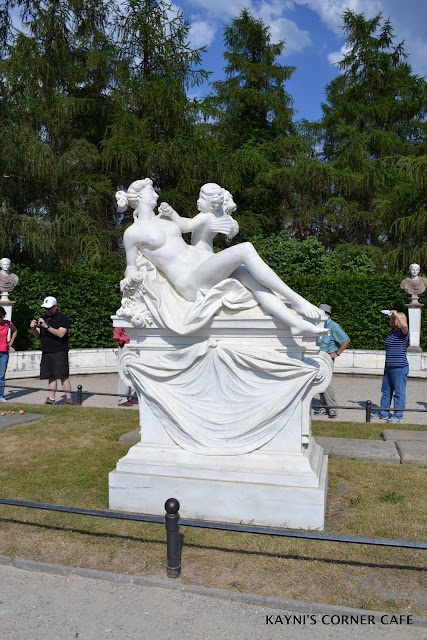 A statue at the tomb of King Friedrich. 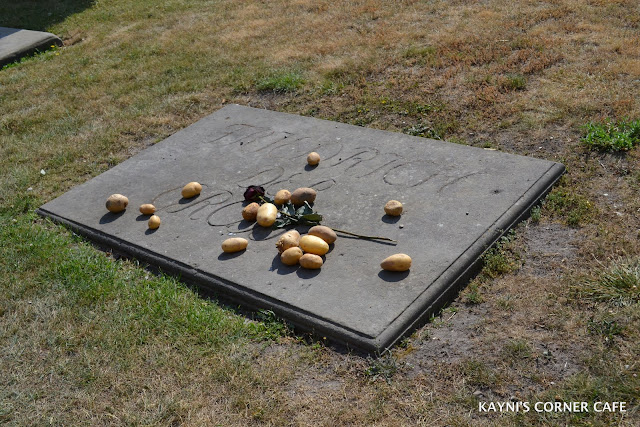 Potatoes on King Friedrich's tomb. Our guide told us that King Friedrich introduced new crops such as potatoes and turnips to help the population. These days, people offer potatoes to thank the King. 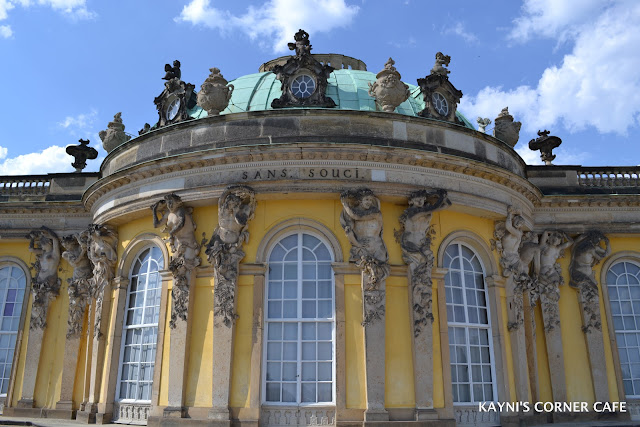 This is the garden facade. I love the decorations. I remember one of the visitors asking if they meant anything, and our tour guide said they're merely decorations. 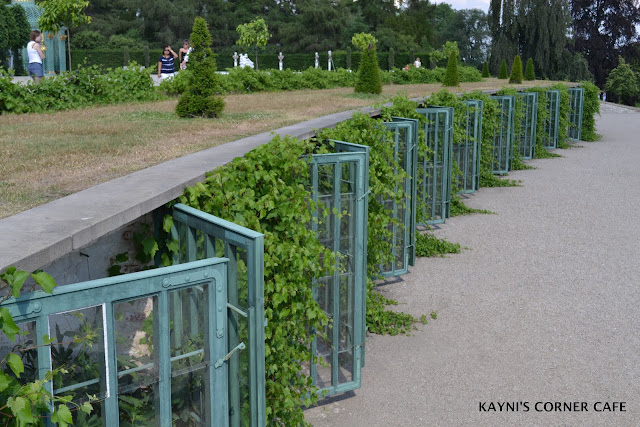 If I'm not mistaken, these are grapevines. I can only imagine if they'd all be bearing fruits soon. 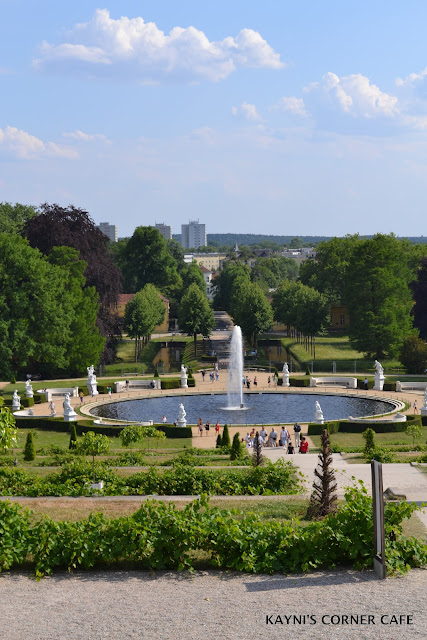 The Great Fountain and Terraced Gardens - the 700 acres park around the palace is made of themed gardens adorned with statues and fountains, the largest of them, the Große Fontäne. (Source) 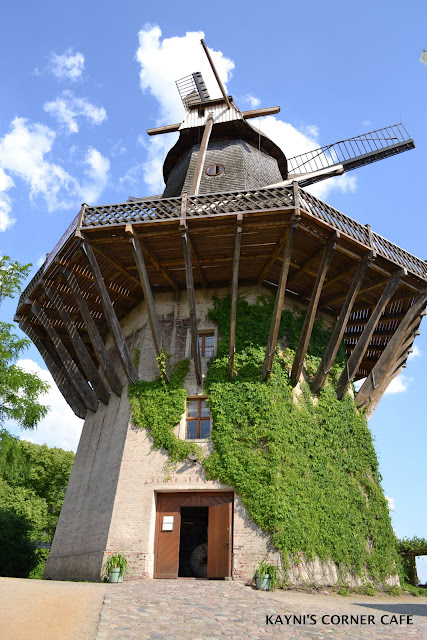 A historic windmill stands tall and watches over the the Sanssouci Palace since 1738. 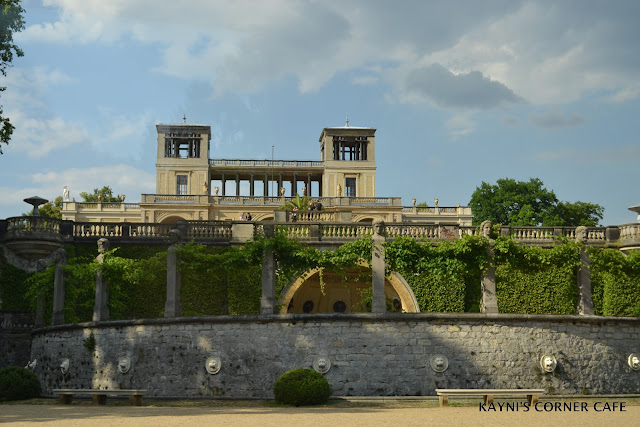 
Sansoucci gave me a feeling of rest and relaxation. The palace is beautifully located, carefully planned and meant to exude the feeling of carefreeness. During my visit, I felt distant from the hustle bustle of every day life. Perhaps even in these modern times, the palace still lives up to its name "without care." Simply a wonderful place to be just "be."