Milan And The Mal Educata Filipinas

I visited Milan in 2010, but I never got around to posting these photos until now.

Kepi and I spent most of our time in Venice, but we decided to hop on the train to Milan to visit an old friend and high school classmate, Vids. It was an emotional meeting as it's been ten years since I last saw her. After the unending hugs at the train station, we took the hop-on and hop-off bus to explore Milan.

We spent most of the bus ride just chatting. There were so many things to say. After all, stories and gossips repressed for years must come out. There were so many updates to be said - about former classmates, friends of old and who married who. We were busily chatting when an Italian lady told us sternly to shut-up. Okay, so Vids and I lowered our voice to a whisper and kept on talking anyway. The bus is a tourist bus filled with all sorts of people talking and laughing, but it bothers me that she singled us out. Also, her companion and herself were also loud in the bus. After a few minutes, the Italian lady stood up and started shouting, "Mal educata, Filippino!" (Bad mannered, Filipino!)

I was in total shock.

Vids got up and started a word fight with the woman. It's a good thing Vids is well-versed in Italian. I was shaking with anger and shock because no one has ever treated me that way. It was a good three minutes of word fight. When we reached our next stop, Vids, Kepi and I decided to get off the bus.

That's my story of Milan and the mal educata Filipinas. I think this is one reason why it took me longer to post my Milan adventure, as I was waiting for my shock and anger to subside. I've been trying to forget about that Milan incident and although it has given me a taste of how some people can be racist, that won't stop me from seeing my friend again and of course enjoying beautiful Milan. 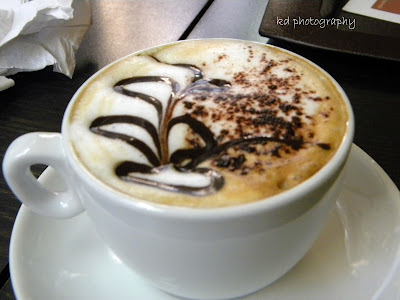 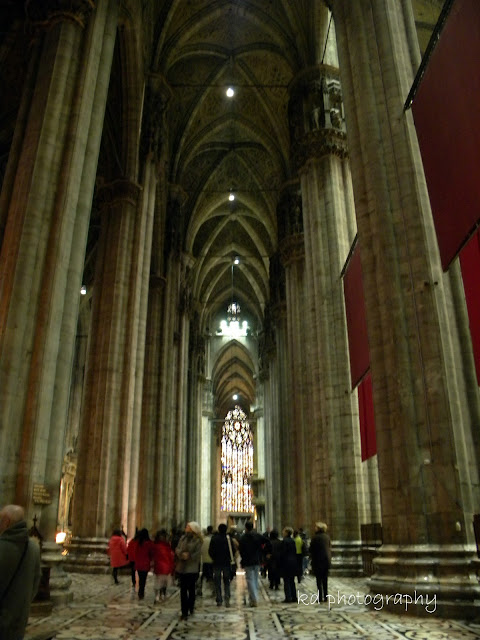 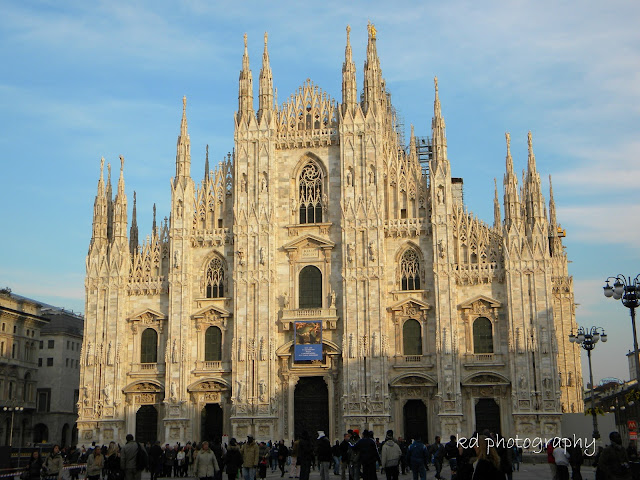 One of the most beautiful cathedrals I've seen - Duomo di Milano 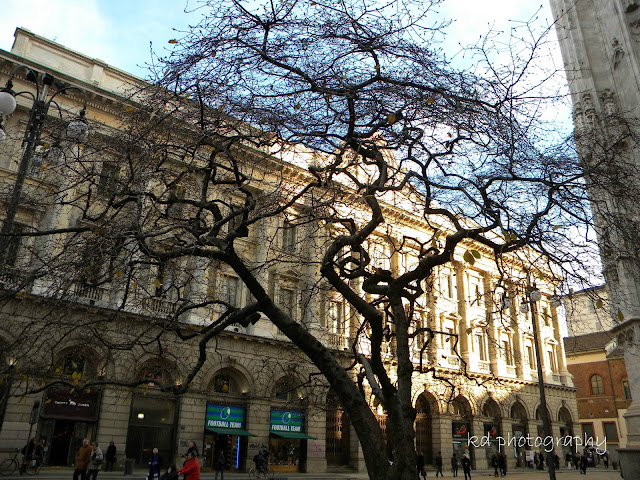 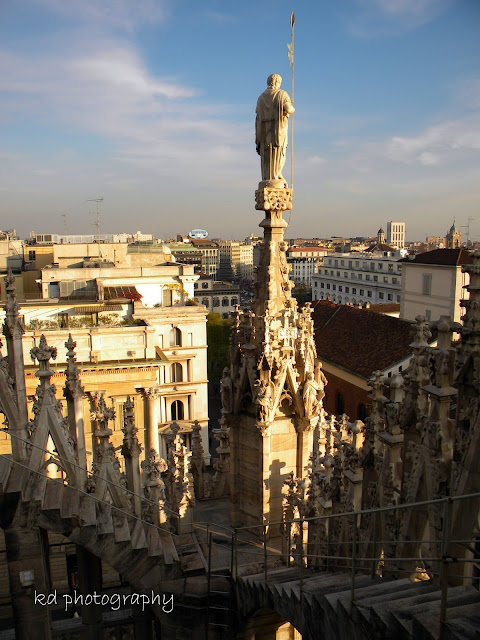 We took the elevators to check out the top of the Duomo. It's really beautiful up there. 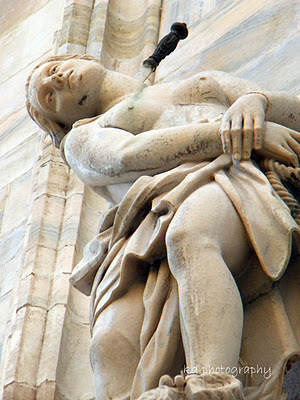 An interesting statue I saw at the Duomo. 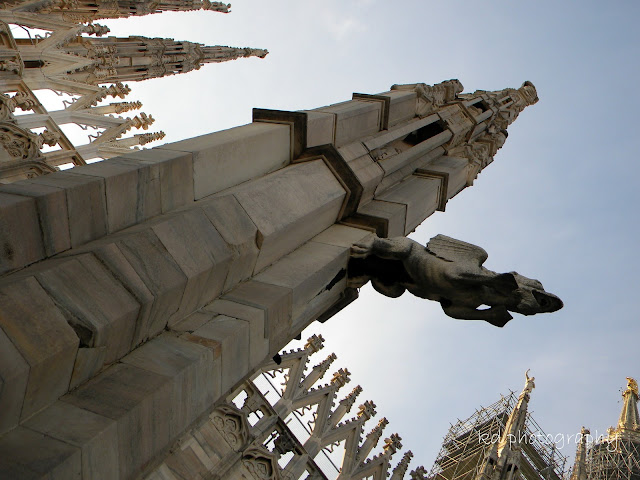 Gargoyle and on the bottom right is the Madonnina. 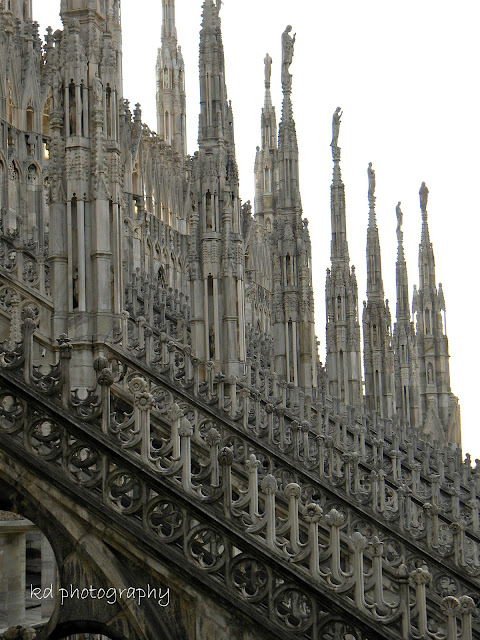 The top is filled with spires and I found it hard to photograph. 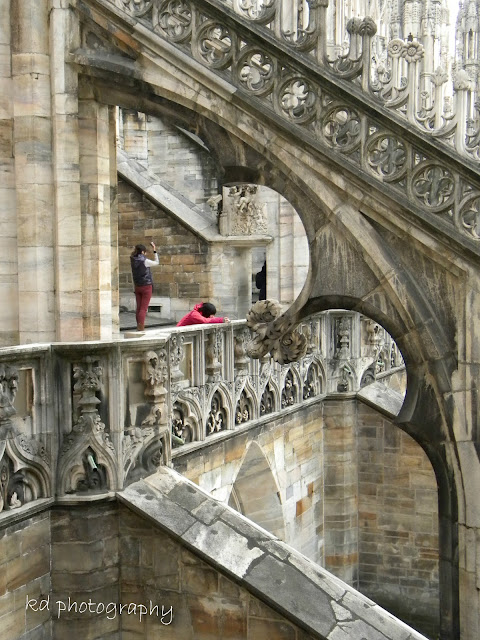 The roof is known for its pinnacles and spires, set upon delicate flying buttresses. 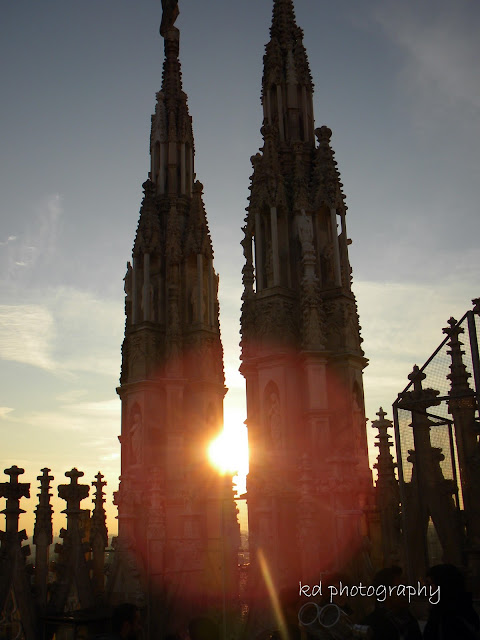 And yes, we watched the sunset on the roof.  A wonderful way to experience Milan.