Millesgarden is an art museum and sculpture garden, located on the island of Lidingö in Stockholm, Sweden. It is located on the grounds of the home of sculptor Carl Milles and his wife, artist Olga Milles, who are both buried there.


Carl Milles was born and raised in Lagga near Uppsala, the son of an officer, major Emil Anderson. Carl's mother, Valborg died when he was just three years old. Carl began his schooling in Stockholm, but left prematurely and became apprenticed to a cabinet maker. Later he attended evening classes in woodwork, carving and model­ling at the Stockholm Technical School.

In 1897 Carl was awarded a grant by the Swedish Handicraft Society, permitting him to travel to Paris, where he supported himself doing ornamental carpentry while studying anatomy at Ecole des Beux-Artes. Beginning in 1899 he had original sculpture at the Paris Salon and continued to exhibit there each year until 1906. (Source) 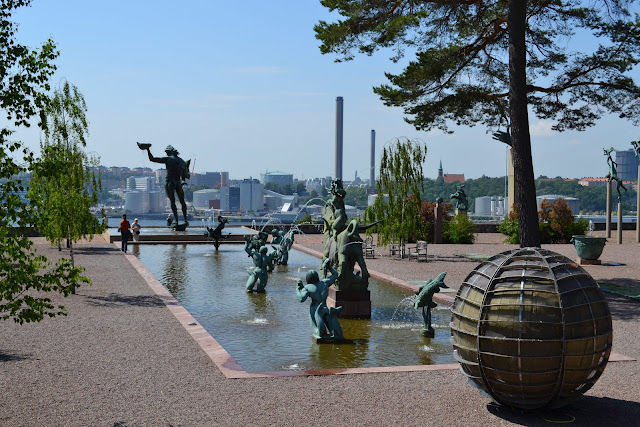 Europe and the Bull - the largest fountain at Millesgarden. 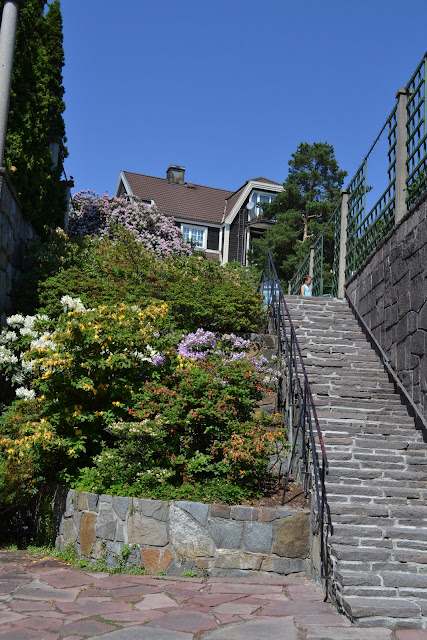 The stairs lead to the Milles' house and studio. 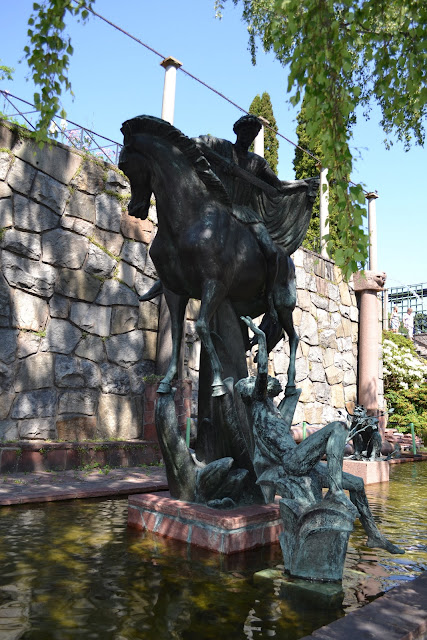 St. Martin Fountain - The fountain is Carl Milles' last completed work of art. Carl Milles chose the legend of St Martin as a subject for the fountain. The holy Martin was a saint from the fourth century who was very charitable and gave to the poor. Here he is cutting a corner of his cloak to give the reclining beggar as clothes. This is also an equestrian sculpture, and just like Folke Filbyter, the horse and rider are twisting in different directions, thereby creating a powerful movement. On either side of the rider there is an angel and a faun. (Source) 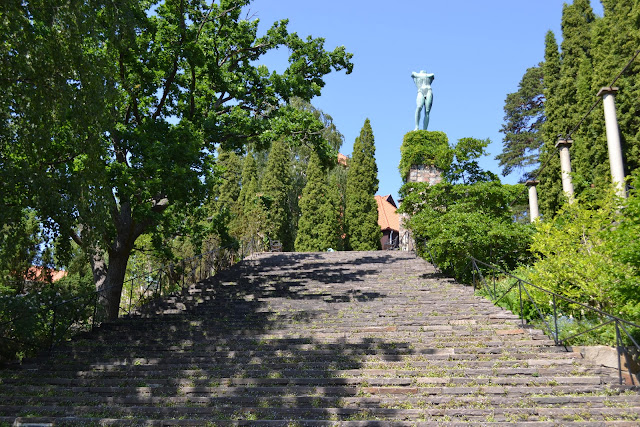 The Sun Singer at Millesgarden which depicts a naked male body, with no head or arms.(Source) 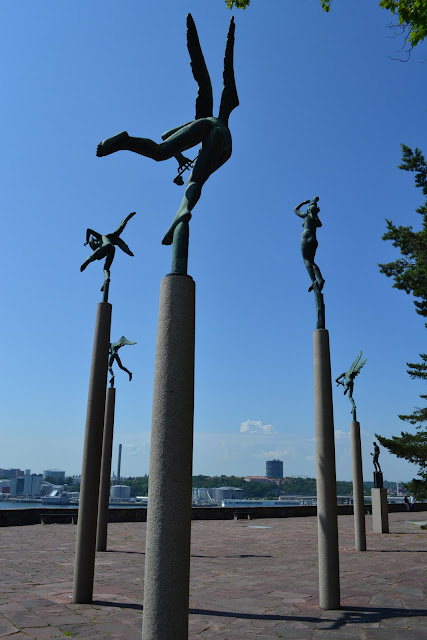 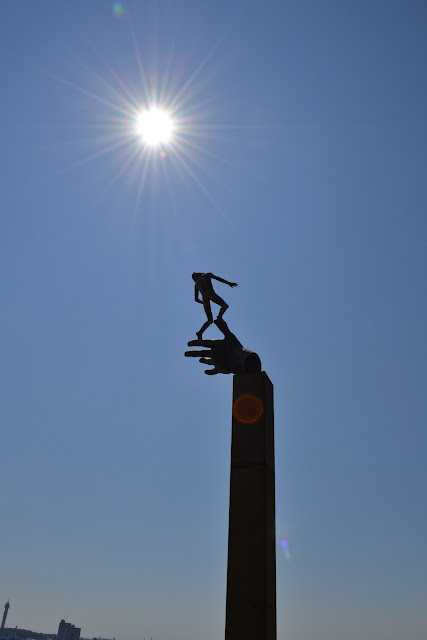 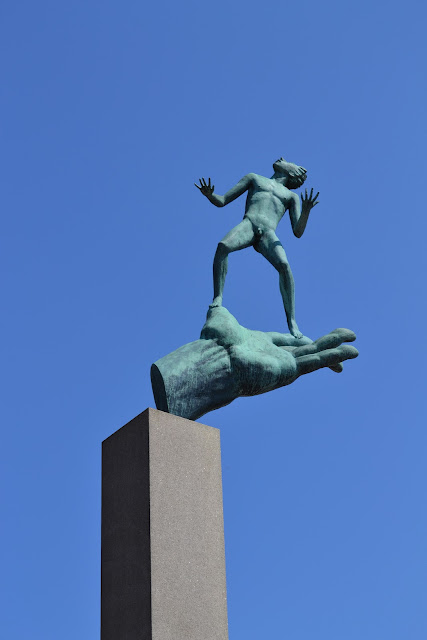 God's Hand - A small man is standing on a large hand. He is looking upwards and his body is tense, with fingers splayed. The man is balancing on the index finger and thumb of the large hand, a feat that seems difficult enough in itself, but his exertion is of another nature. He is gazing with rapt attention at something in the sky, as though he were receiving a message or taking part in a dialogue. (Source) 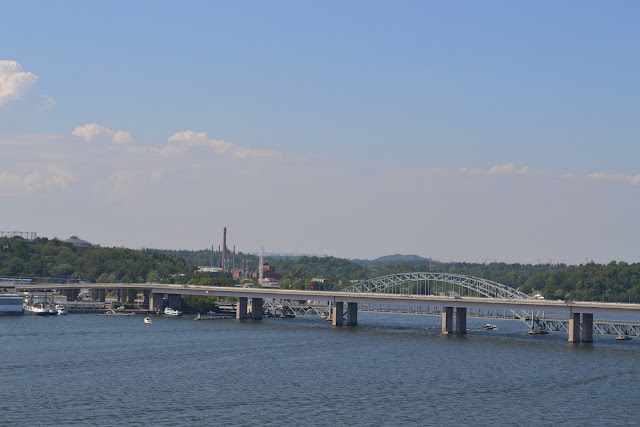 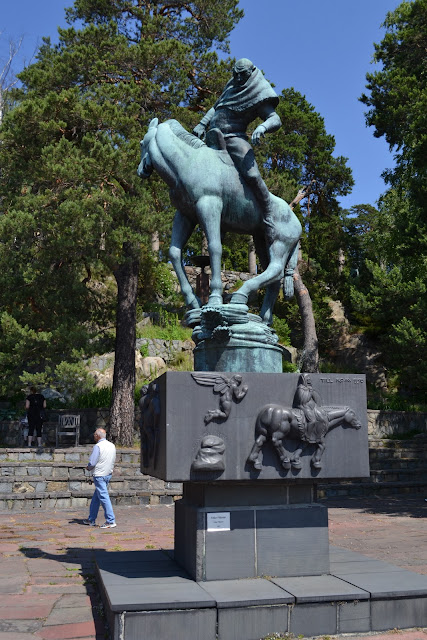 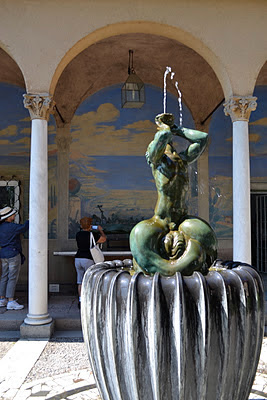 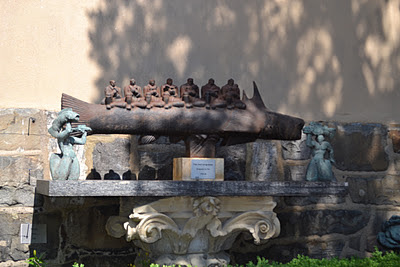 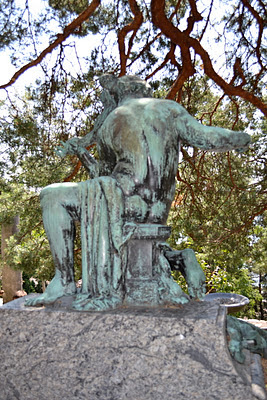 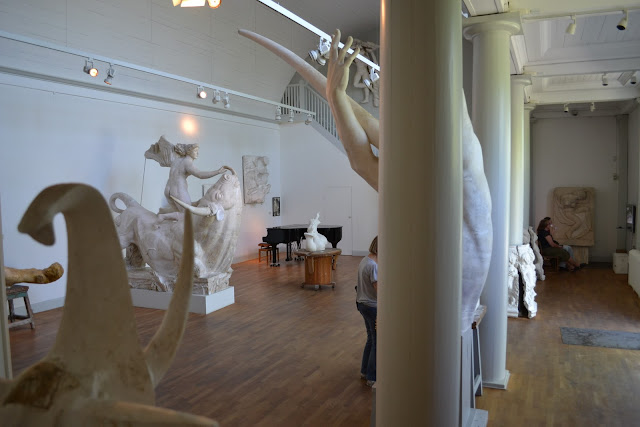 A peek into the Milles' studio. 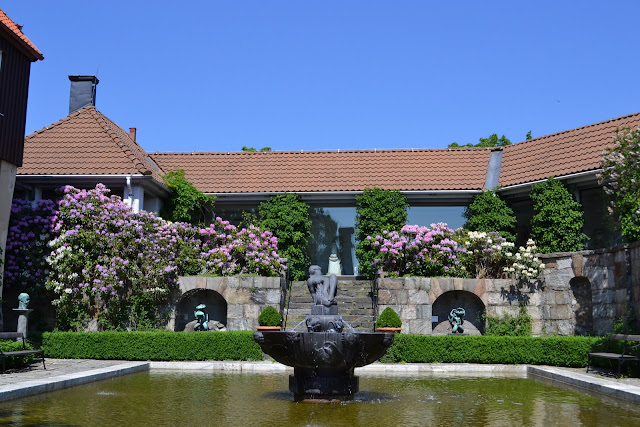 The Sussana Fountain - Grand Prix winner at the Paris Exposition in 1925. In the middle of a sunken ornamental pool on the upper terrace of Millesgården, stands a key work by Carl Milles, the Susanna Fountain. The sculpture is hewn from one solid block of black granite in the compact style with smooth surfaces and soft contours that is characteristic of Carl Milles' work from this period. The granite is from Glimåkra in southern Sweden. Many of Carl Milles' sculptures are placed in fountains or pools, and Milles was often inspired by stories from the Bible, astrology or Greek mythology. (Source) 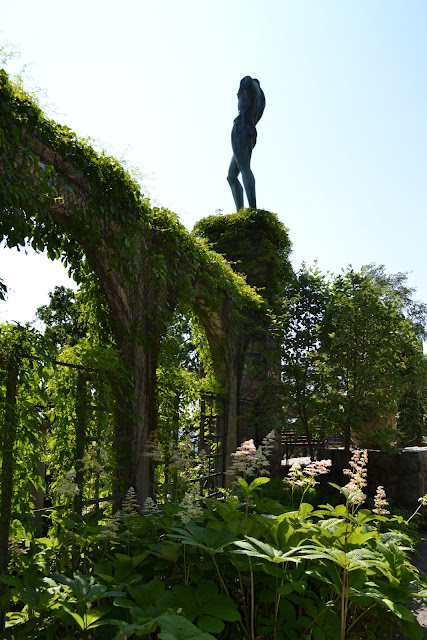 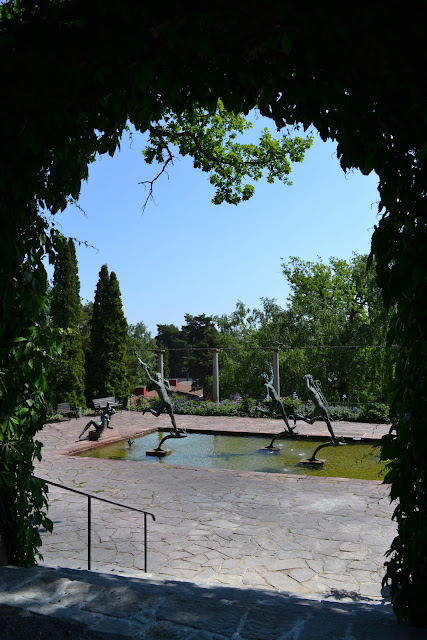 The Aganippe fountain 1955 - Aganippe was the name of a spring gushing forth from the mountain of Helicon, according to legend created where the winged horse Pegasus alighted with his hooves. Aganippe was the muses´ holy source and had the virtue of conferring poetic inspiration on those who drank from its waters. The muses were the patrons of arts and sciences. Each one of the nine muses represented an art or science. (Source) 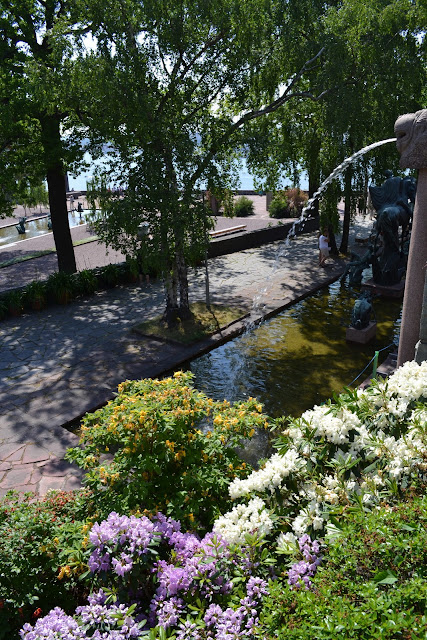 The other artists featured at the Millesgarden are:


Olga Milles: Olga Granner's long years of art studies began in Graz at Landschaftliche Zeichen-Akademie 1886-92, with the prospect of later becoming an art teacher. Her education continued with a scholarship to Azbe-Schule in Munich 1893-95 and was completed at Academie Colarossi in Paris, 1899-1901.

Ruth Milles: Sculptor Ruth Milles was born April 19, 1873 at Bällsta Manor in Vallentuna. She began her art studies at the Tekniska Skolan in Stockholm, 1890-93 and continued at the Royal Academy of Art, 1894-98.

Upon completion she travelled to Paris, where she remained for several years executing sculpture and illustrations. Her summers were spent in the village of Briac in Britanny, depicting the fishing folks life in sculpture. Ruth Miles was awarded the Special prize in the Paris Salon 1902. (Source)