Nyhavn is a 17th century waterfront, canal and entertainment district in Copenhagen, Denmark. Stretching from Kongens Nytorv to the harbor front just south of the Royal Playhouse, it is lined by brightly colored 17th and early 18th century townhouses and bars, cafes and restaurants. Serving as a heritage harbor, the canal has many historical wooden ships. (Source)

For those in search of the well-loved children's story writer, Hans Christian Andersen, Nyhavn is the place. Nyhavn was constructed by King Christian V from 1670-73, dug by Swedish war prisoners from the Dano-Swedish War 1658–1660. It is a gateway from the sea to the old inner city at Kongens Nytorv (King's Square), where ships handled cargo and fishermen's catch. It was notorious for beer, sailors, and prostitution. Danish author Hans Christian Andersen lived at Nyhavn 18 for some years. (Source) 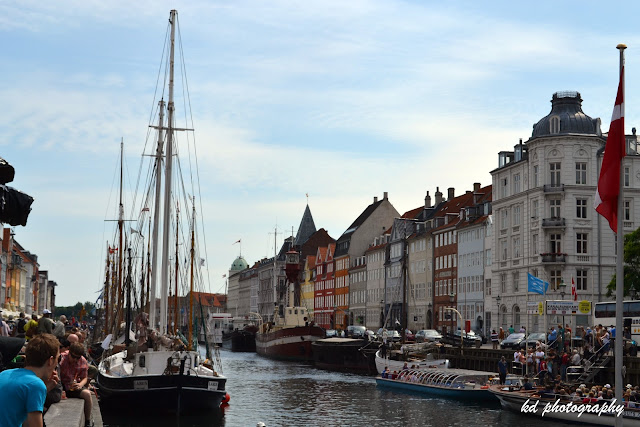 Nyahvn was busy the day we visited. 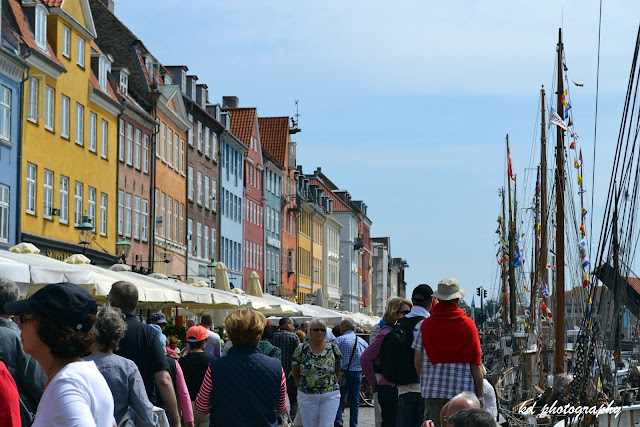 The weather was beautiful that day and perfect for walking around the harbor. 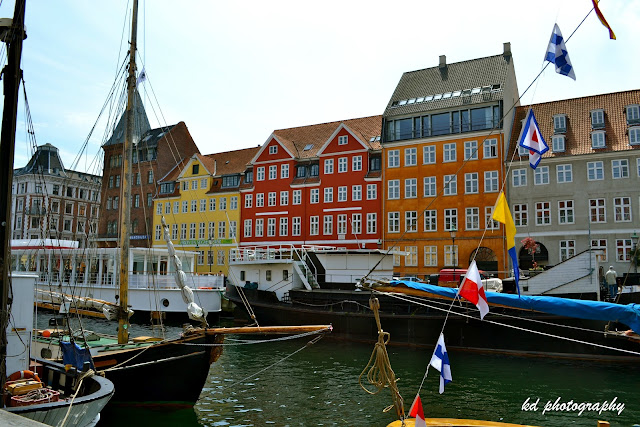 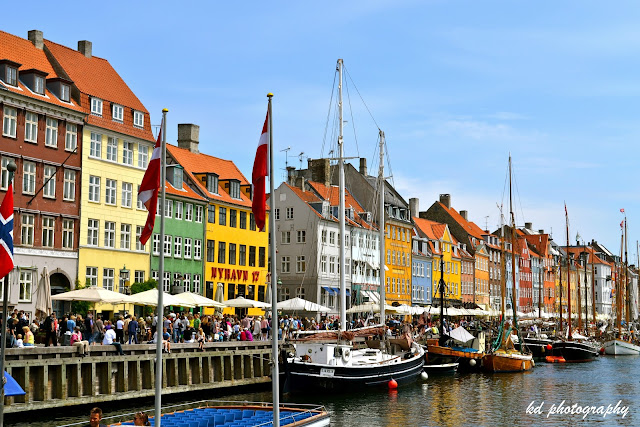 In the mid-1960s, the Nyhavn Society was founded with the aim of revitalising Nyhavn. In 1977, Nyhavn was inaugurated as a veteran ship and museum harbour by Overborgmester i København (Copenhagen’s Lord Mayor) Egon Weidekamp. (Source)

In my experience, Nyhavn is the perfect place to eat ice cream on any warm, sunny afternoon or the place to have lunch or dinner with friends. While we were there, I enjoyed sitting at the harbor, watching the ships go by, munching on sausages we bought from a street vendor and nodding my head to music played by a band from a nearby cafe.