These two designs of Gaudi are the strangest yet most fascinating buildings I've come upon in Barcelona.

Casa Batllo - the masterpiece by Antoni Gaudí, invites you to visit a monument that is much more than a building; it is an artistic legend. Hidden behind the exceptional modernist facade, which mirrors a calm sea, a whole world of surprises and refined architectural details is waiting. Casa Batlló, the definitive must-see benchmark of modernism.  This architectural work by Antoni Gaudí will seduce you with its radical design and with the great array of visual solutions used. In every nook and cranny you will discover something surprising, details which could not fail to enthral all those who love the fantastical. (Source here) 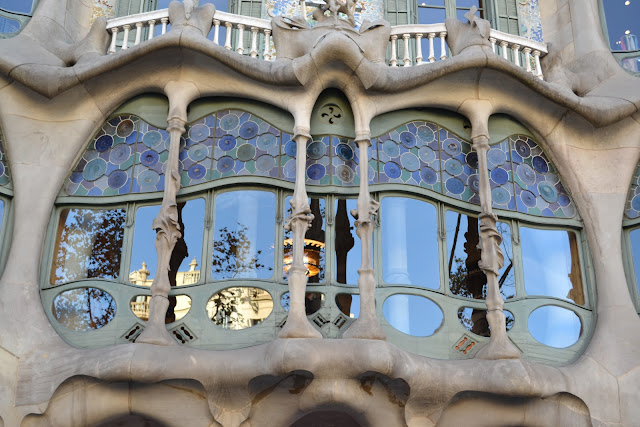 I love these windows. I feel like being in a fantasy world just by looking at them. 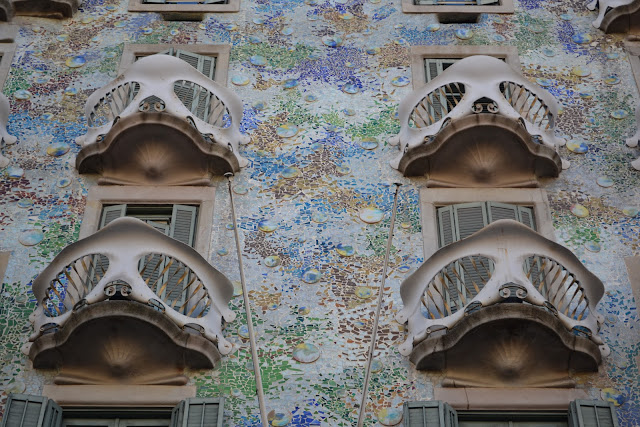 This building is hard to miss because of it's fish scale-look like walls. 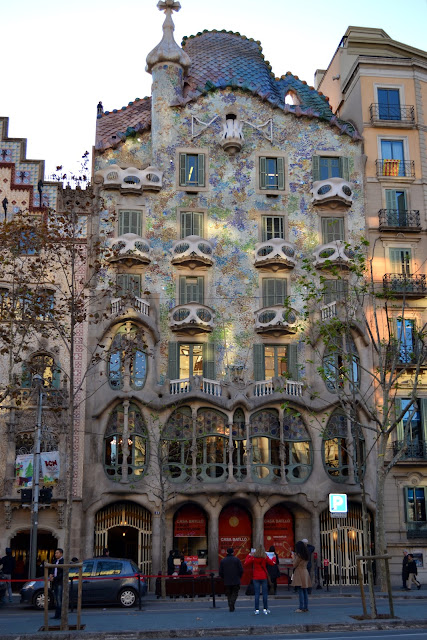 As a whole, Casa Batlló is intensely evocative of the sea, of what is really meant by Mediterranean, of naturalism, theatricality, carnival and magic. Gaudí's creative freedom and the individuality of the early years of the 20th century, when applied to this masterpiece, forge a strong connection to the values which prevail in the Barcelona of today. (Source here) 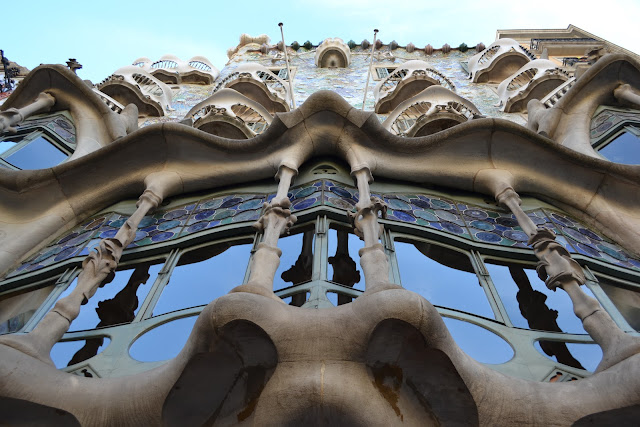 Built between 1904 and 1906 - now more than a century ago - at the request of the textile industrialist Josep Batlló, at the height of the artistic maturity of the brilliant architect, it is a true masterpiece which seduces visitors by its exceptional design, its refined succession of artistic details, and its creative use of materials and color.

Casa Batlló is a tour de force of shape, color and light: shape through Gaudí's modernist language; color through the great daring of the completely new application of chromatic color scales in architecture, and light through the outward-projecting windows, balconies, and the light which enters through wells and internal windows, a light which was a precursor of modernity. (Source here) 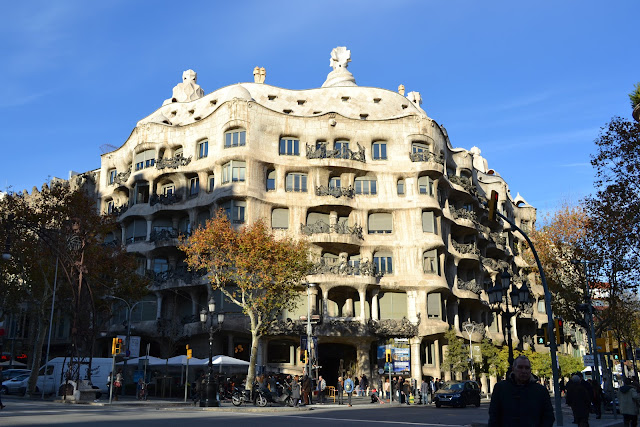 A few blocks or a few minutes walk from the Casa Batllo is La Pedrera or Casa Mila. 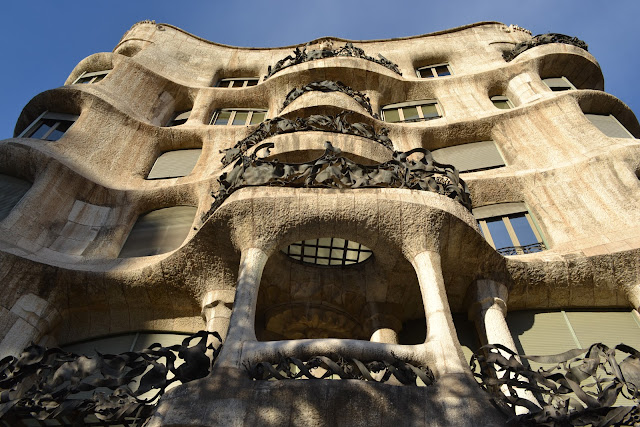 Like Casa Batllo, there's a strange similarity to this building's design. 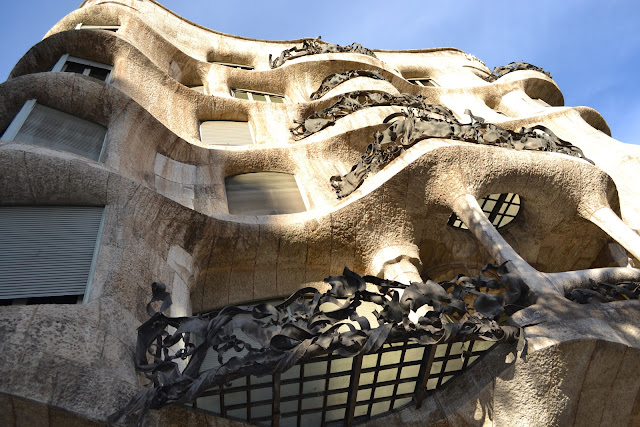 Casa Milà, popularly known as ‘La Pedrera’, is a most unusual building, constructed between 1906 and 1912 by the architect Antoni Gaudí (1852–1926) and declared UNESCO World Heritage in 1984. Today it is the headquarters of Fundació Catalunya-La Pedrera and houses a cultural center that is a reference point in Barcelona for the range of activities it organizes and the different spaces for exhibitions and other public uses it contains. (Source here) 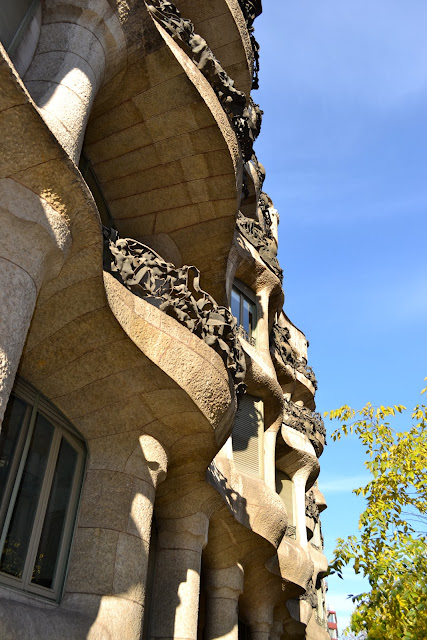 Barcelona is an architecture's delight.  You can't leave Barcelona without seeing these two buildings.