It's been three days of on and off shoveling and trying to clear the driveway from snow. My arms and back are so sore and I am just physically and mentally exhausted. Storm Jonas dropped about 3 feet of snow in my area and it will take time before we'll recover. 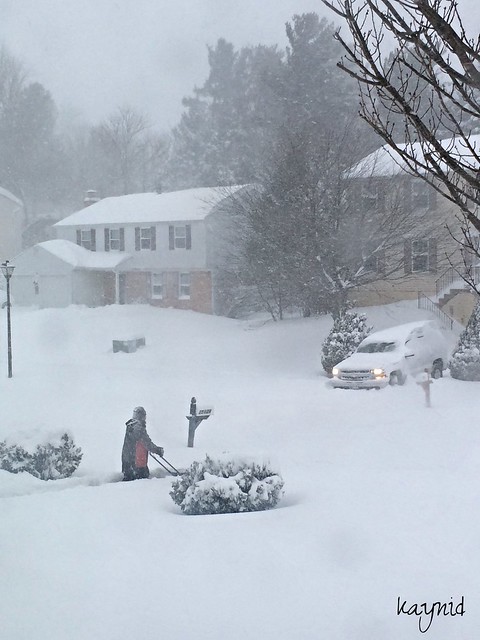 Saturday, second day of storm: the snow was up to 2+ feet. Our neighbor was out battling snow with his snowblower, which later broke. 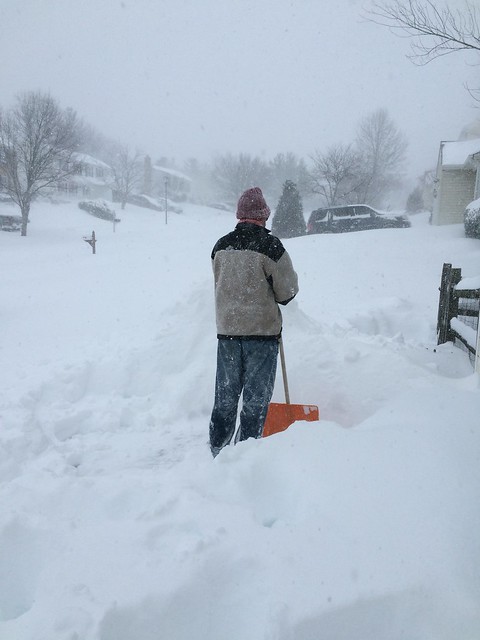 It was a losing battle. 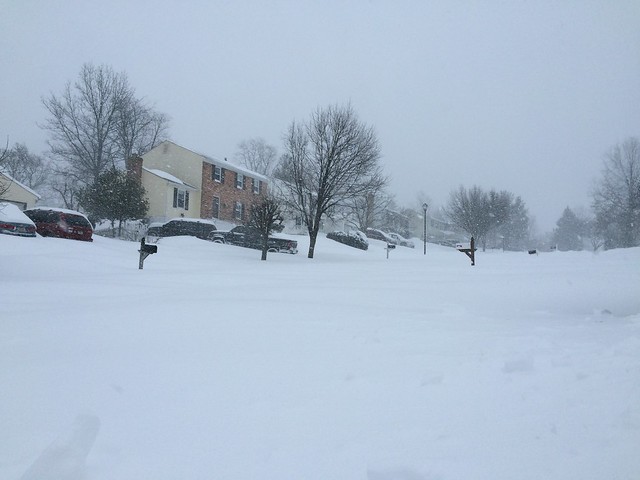 Our main street and sidewalks disappeared in a few hours. 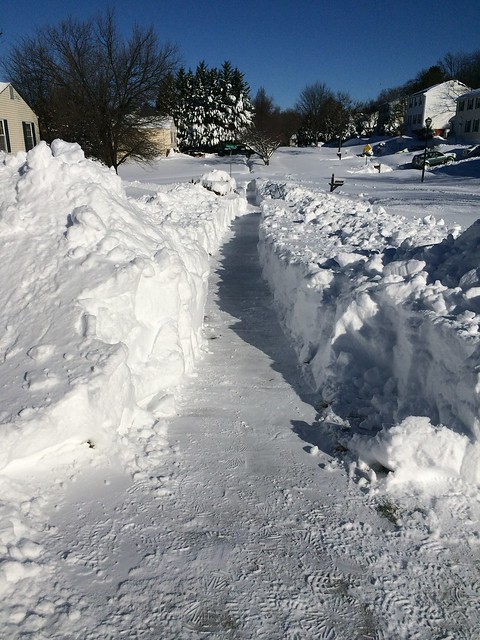 Sunday was the second time we were out shoveling again. The sidewalks were more like trenches. 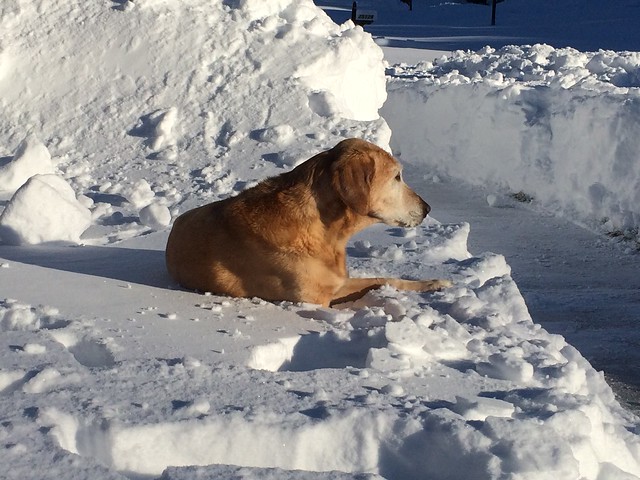 While we shoveled all day, Daisy found solace on the snow and welcomed the warmth of the sun.