Kepi and I went to see "The Illusionists: Magic of the Holidays" at the National Theatre. This is my second birthday gift for him. The show was entertaining, mind boggling, jaw dropping, lots of laughter and sometimes squirming because some of the stunts involved a live Scorpion inside the mouth and another was buried alive under a ton of gravel (I think this was a version of the Houdini escape). Overall, Kepi and I had a blast. I was also chosen to take part in one of the card tricks. 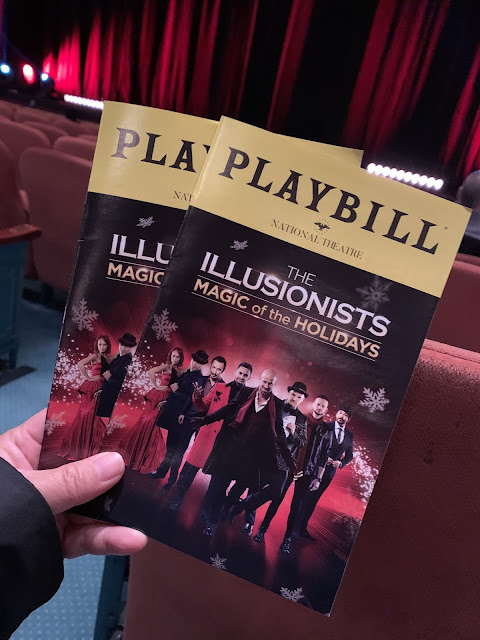 In my last post, I wrote about hosting Christmas lunch with my high school classmates. It went fabulous! We had a lot of laughter and so much stories to go around. We were also able to video call two of our classmates who are living in New York and in Arkansas, so the house was super noisy and loud with excitement and giggles. For a few hours, we were transported back to our carefree high school days.