After spending Christmas Day in Valletta, Kepi and I were ready for our Gozo adventure. We woke up early that day, ate breakfast at the hotel terrace, then took the bus from Valletta to Cirkewwa Ferry Terminal. It was an hour drive to Cirkewwa due to traffic.

Upon reaching the ferry terminal, we purchased our tickets and boarded the ferry to Gozo.  The ferry ride was about 25-30 minutes, and we reached Mgarr Harbor at around 10 am. 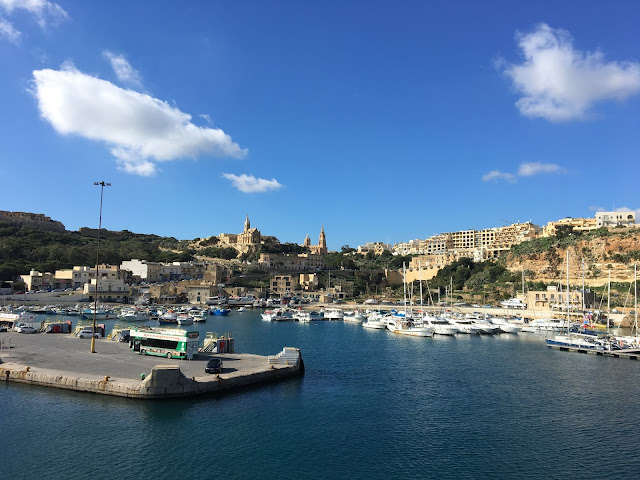 Church of Saint John the Baptist


The Church of Saint John the Baptist, commonly known as the Rotunda of Xewkija or Xewkija Rotunda. It is a Roman Catholic church in Xewkija, Gozo. 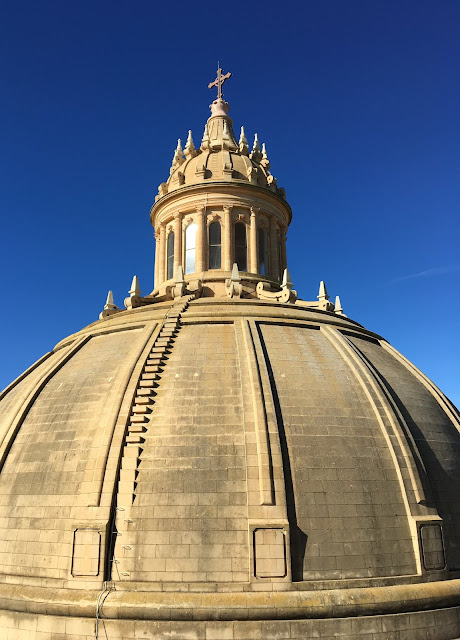 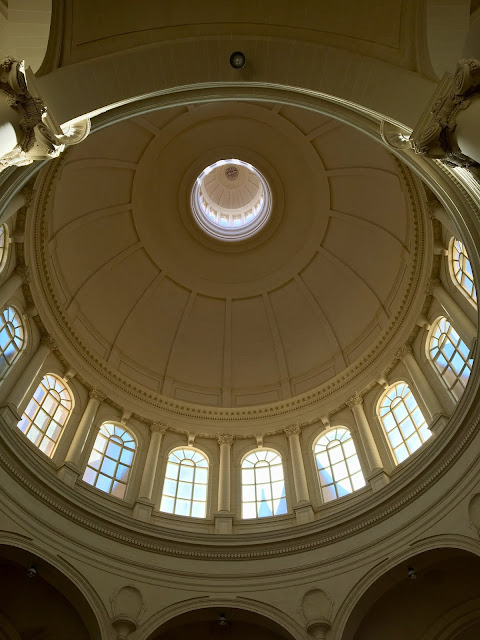 There's a small fee to go up to the bell tower, and it's absolutely worth it because you can get a 360 degree view the surrounding area. 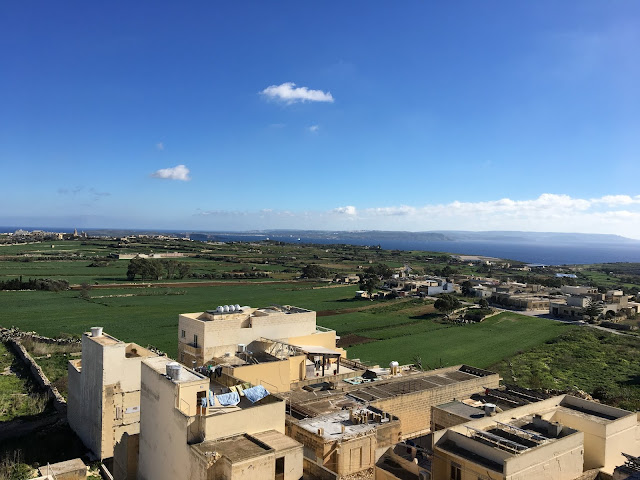 As we approached Ta'Pinu Basilica, I couldn't take my eyes off how beautiful this church is. There were only five or seven visitors when we arrived, it felt almost sinful to disturb the tranquility of the area. 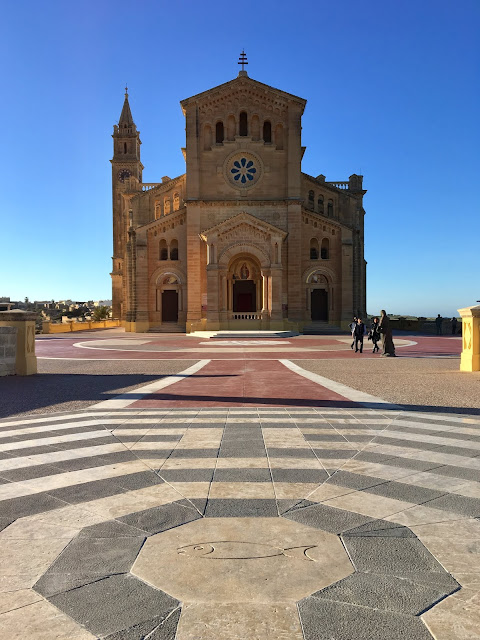 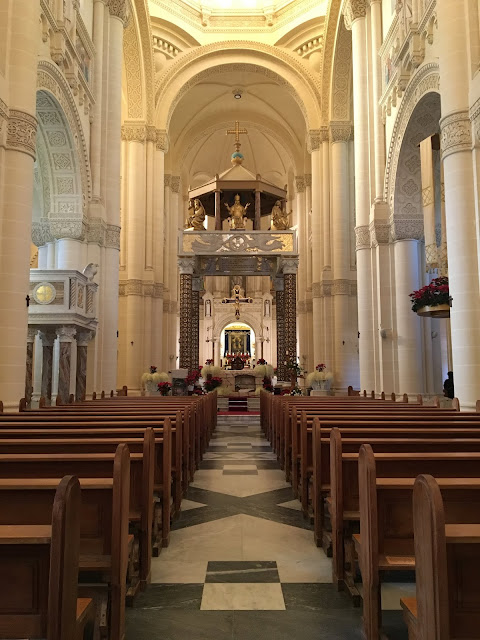 We were famished when we arrived at Dwejra Bay, so it was an instantaneous decision that we have to find a good place to eat. Luckily, there's a restaurant nearby with a wonderful view of the Inland Sea.

The Inland Sea, also called Qawra in Maltese and also known as Dwejra, is a lagoon of seawater on the island of Gozo linked to the Mediterranean Sea through an opening formed by a narrow natural arch. 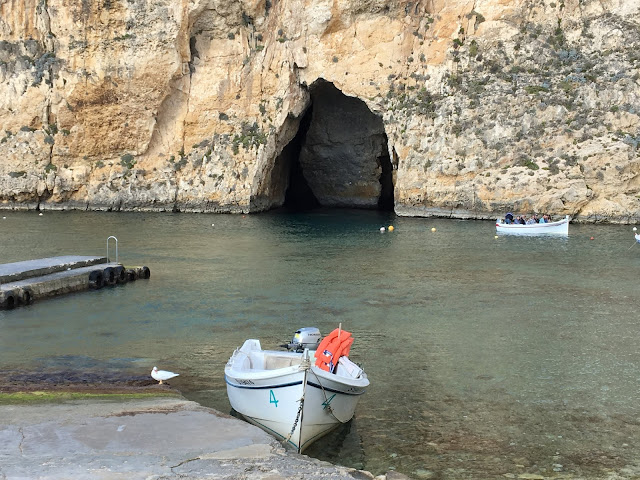 This is the area where Khal Drogo and Daenerys (Game of Thrones) had their wedding. I'm not sure where's the exact spot. Unfortunately, the Azure Window collapsed in March 2017 due to stormy weather. Still, the area is beautiful. 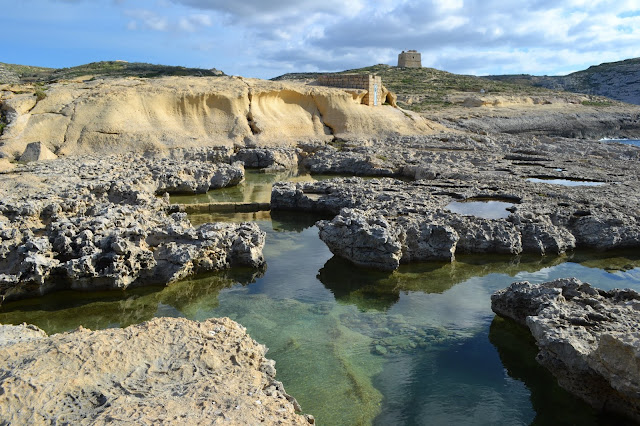 Ggantija is a megalithic temple complex from the Neolithic. These temples are the earliest of the Megalithic Temples of Malta and are older than the pyramids of Egypt.  According to our guide, the name Ġgantija derives from the word 'ġgant', Maltese for giant, as Gozitans used to believe the temples were built by a race of giants. This is not surprising because if you see some of the stones used in this temple, they're massive. 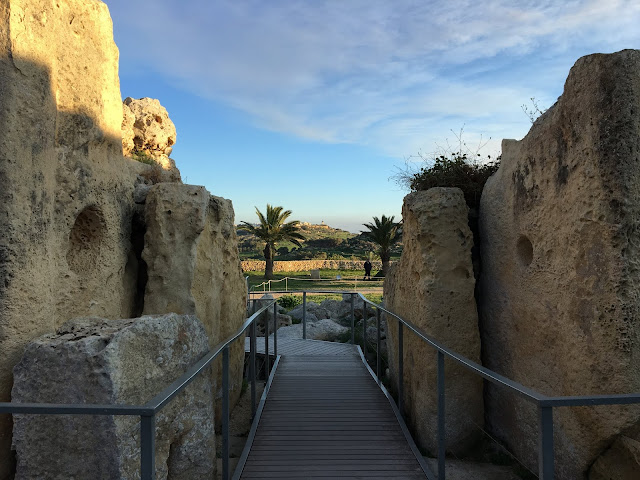 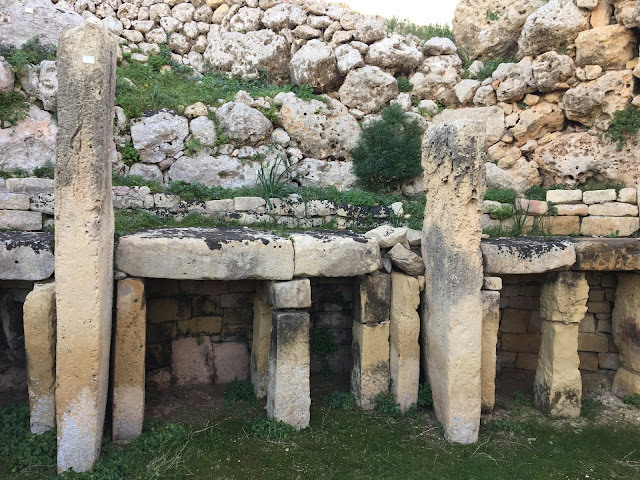 Below is Tas-Salvatur Hill. Kepi took this photo while we were driving back to Mgarr Harbor. It was the end of our two day adventure in Gozo and we're on our way to catch the ferry back to Valletta. 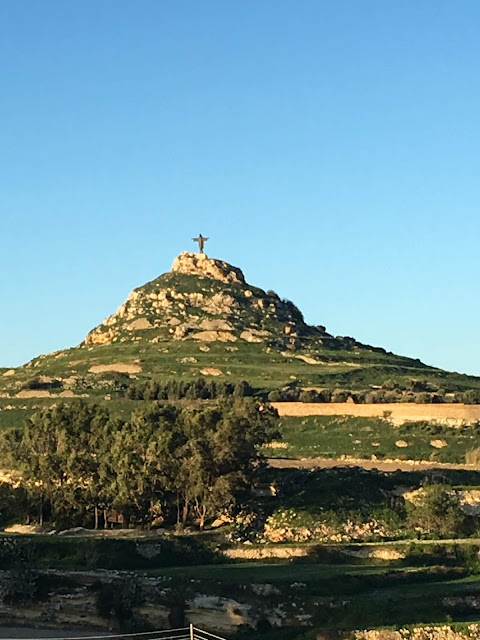 Our visit to Gozo was short but absolutely memorable. The people we met were friendly and we  appreciated the slower pace of life there. I'd visit again in a heartbeat.